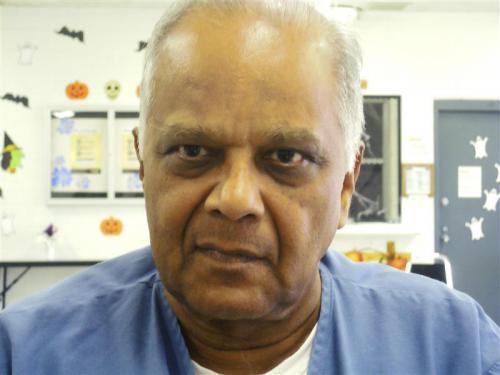 
Briton jailed 27 years for Fla. murders seeks to reopen case
Reuters / Phuket Gazette
PHUKET: Lawyers for a British man convicted in Florida for a 1986 double homicide sought to reopen the case on Tuesday, claiming that three Colombian drug traffickers were the real killers.

Krishna Maharaj’s lawyers have contended for years that Colombian cartels were responsible for the shooting deaths of Derrick and Duane Moo Young, but the defence motion filed in state court represents the first time the lawyers were specific in their allegations.

Maharaj, 74, was convicted in 1987 in the deaths of the father and son in a downtown Miami hotel suite. He spent a decade on death row before his sentence was commuted to two life sentences in 1997.

Lawyers for Maharaj mounted a private investigation in Colombia that they say resulted in three Colombian drug traffickers coming forward to claim the killings were done “at the behest of Pablo Escobar,” the former head of the Medellin cartel gunned down by police in 1993.

“Krishna Maharaj was not involved in the murder of the Moo Youngs, and they had to be eliminated because they had lost Colombian drug money,” according to one of the drug traffickers quoted in the defence motion.

Zuluaga was killed in 1993, and Reuters was not immediately able to locate Vallejo Mejia and Rodriguez or obtain comment from their attorneys.

Assistant State Attorney Penny Brill said “there is nothing in the (new) motion besides hearsay and inadmissible evidence.”

A preliminary government analysis of the fingerprints indicated they were not of sufficient quality to be compared with the unmatched prints, Brill told the court.

Judge William Thomas said he would hold a hearing next week on whether he has the authority to order the state to give the defence access to the unmatched prints for analysis.

Under Florida law, overturning a jury’s verdict, especially after so many years, requires an exceptionally high standard of evidence. The Miami-Dade County prosecutor’s office has said it stands by the handling of Maharaj’s case.

Maharaj’s lawyers claim that the Moo Youngs were killed after seeking to pay a drug debt with a forged letter of credit that was found at the crime scene, but not disclosed to the defence until well after Maharaj’s conviction.

Maharaj and the Moo Youngs were former business partners and neighbors, both with roots in the Caribbean. Maharaj hails from an elite Trinidadian-Indian family while the Moo Youngs, who are of Chinese descent, is from Jamaica. Before he moved to Florida in the 1980s, Maharaj lived in London.

The two families fell out after Maharaj accused Derrick Moo Young of cheating him out of $400,000. Prosecutors cited that at trial as the motive for the murders.

Maharaj’s fingerprints were found in the room where the shootings took place, but he said he left the room before the Moo Youngs arrived.

One of the Colombians named by the lawyers, Vallejo Mejia, was staying in a room opposite the Moo Youngs at the time of the shootings. He was briefly interviewed by police, and was later convicted in a separate money-laundering case.

The case has drawn significant media attention, with a book written by one of Maharaj’s lawyers, Clive Stafford Smith, and several TV documentaries in the works.