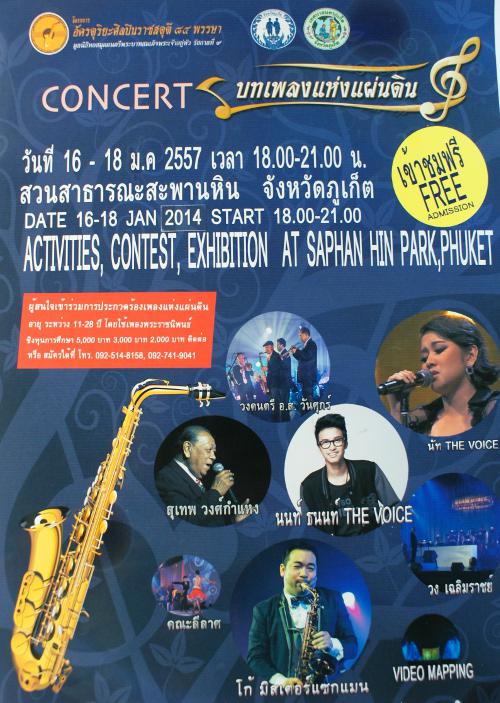 PHUKET: Jazz lovers are in for a treat starting tomorrow when the Royal Melodies concert and exhibition kicks-off in Phuket. Featuring the music of His Majesty King Bhumibhol Adulyadej (Rama IX), the three-night concert will be a star-studded affair.

The exhibition of HM’s musical legacy will include the saxophone, which he used to composed many of his songs. There will also be a competition for young singers to perform the beloved Thai King’s songs, in both Thai and English.

The concert, at Saphan Hin Park in Phuket Town, will run from 16 to 18 January, with doors opening at 6pm each evening.

The concert was postponed from last November due to the mourning period for the death of the Supreme Patriarch.

Book Review: A memoir of schmaltz and jokes

Phuket Events: Coming up in wonderland