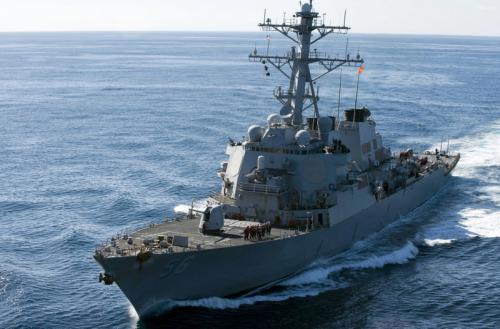 The children, all boys, died of suffocation in the fire at a dormitory of a school next to a mosque in Yangon at about 2:40am, neighbours and officials said.

“A total of 13 boys were killed in the fire caused by overheating of a transformer. They died of suffocation after inhaling too much smoke,” a Central Fire Service duty officer said.

The fire could raise tensions following Buddhist-led mob violence against Muslims elsewhere in the country, including fire bombings of mosques and Muslim homes. Since 43 people were killed in violence that erupted in Meikhtila town on March 20, unrest has spread to at least 15 other towns and villages.

Neighbours and witnesses said it appeared the crowded Yangon dormitory locked its doors due to heightened security concerns.

“It seemed the boys didn’t get a chance to get away because the doors were locked because of the unstable situation,” a resident said.

According to official records, electrical faults and overheating are major causes of fires in Yangon.

PHUKET: South Korea’s new president vowed on Monday to strike back quickly if North Korea stages any attack, but the United States said it has seen no worrisome mobilization of armed forces by the North Koreans despite their bellicose rhetoric.

“If there is any provocation against South Korea and its people, there should be a strong response in initial combat without any political considerations,” South Korean President Park Geun-hye told the defence minister and senior officials at a meeting on Monday.

The United States, in the latest step taken in response to rising tensions, positioned in the waters off the Korean peninsula a Navy guided-missile destroyer used for ballistic missile defence.

In another development, North Korea appointed a reformer and career technocrat to the reclusive and impoverished communist country’s ceremonial prime minister’s job.

The appointment of former premier Pak Pong-ju, a key confidant of the leadership dynasty, to the post from which he was fired in 2007 appeared to further tighten the ruling family’s grip on power. Pak previously was ousted from the job for failing to implement economic reforms.

North Korea says the region is on the brink of a nuclear war in the wake of U.N. sanctions imposed in response to its February nuclear test and a series of joint U.S. and South Korean military drills that have included a rare U.S. show of aerial power.

In Washington, the White House has said the United States takes seriously North Korea’s war threats. But White House spokesman Jay Carney said on Monday: “I would note that despite the harsh rhetoric we are hearing from Pyongyang, we are not seeing changes to the North Korean military posture, such as large-scale mobilizations and positioning of forces.”

North Korea further escalated its rhetoric on Saturday by saying it was entering a “state of war” with South Korea in response to what it termed the “hostile” military drills being staged in the South.

South Korea has changed its rules of engagement to allow local units to respond immediately to attacks, rather than waiting for permission from Seoul.

Stung by criticism that its response to the shelling of a South Korean island in 2010 was tardy and weak, Seoul has also threatened to target young North Korean leader Kim Jong-un and to destroy statues of the ruling Kim dynasty in the event of any new attack, a plan that has outraged Pyongyang.

South Korea and its ally the United States played down Saturday’s statement from the official KCNA news agency as the latest in a stream of tough talk from Pyongyang.

“We haven’t seen actions to back up the rhetoric,” Carney told reporters.

A South Korean defence ministry official also said last week there have been no signs of unusual activity in North Korea’s military to suggest imminent aggression.

North Korea stepped up its rhetoric in early March, when U.S. and South Korean forces began annual military drills that involved the flights of U.S. B-2 stealth bombers in a practice run, prompting the North to puts its missile units on standby to fire at U.S. military bases in South Korea and in the Pacific.

The United States also deployed F-22 stealth fighter jets on Sunday to take part in the drills. The F-22s were deployed in South Korea before, in 2010.

The Pentagon said it was the fourth time F-22s were deployed to South Korea. They were on display at the Osan Air Base, in part to provide senior South Korean military leaders an “orientation to the aircraft,” the Pentagon said.

A U.S. defence official said the USS McCain, an Aegis-class guided-missile destroyer used for ballistic missile defense, was being positioned to operate off the south-western coast of the Korean peninsula.

“This is a prudent move that provides greater missile defense options should (they) become necessary,” said the official, speaking on condition of anonymity. The ship was not expected to participate in any exercises, the official added.

North Korea has cancelled an armistice agreement with the United States that ended the Korean War and has cut all hotlines with U.S. forces, the United Nations and South Korea.

Park’s remarks followed a meeting of North Korea’s ruling Workers Party Central Committee where leader Kim Jong-un rejected the notion that Pyongyang was going to use its nuclear arms development as a bargaining chip.

“The nuclear weapons of Songun Korea are not goods for getting U.S. dollars and they are … (not) to be put on the table of negotiations aimed at forcing the (North) to disarm itself,” KCNA news agency quoted him as saying.

Songun is the Korean word for the “Military First” policy preached by Kim’s father who used it to justify the use of the impoverished state’s scarce resources to build a 1.2-million strong army and a weapons of mass destruction programme.

At the meeting, Kim appointed a handful of personal confidants to the party’s politburo, further consolidating his grip on power in the second full year of his reign.

The most surprising move was the re-appointment of Pak as premier. Pak, believed to be in his 70s, is viewed as a key ally of Jang Song-thaek, the young Kim’s uncle and also a protégé of Kim’s aunt and is viewed as a pawn in a power game that has seen Jang and his wife re-assert power over military leaders.

Pak is a career technocrat who took the post of premier in 2003 to implement an ambitious economic reform policy that allowed autonomy in farm production and pricing liberalisation, introduced in July 2002.

He was removed in 2007 when it became clear the steps aimed at boosting the North Korean economy, gripped by devastating famine in the 1990s, were not producing desired results and the North’s military began protests at the cabinet, wielding greater power on state matters.

Jang, Kim’s uncle, was also purged and has since been rehabilitated.