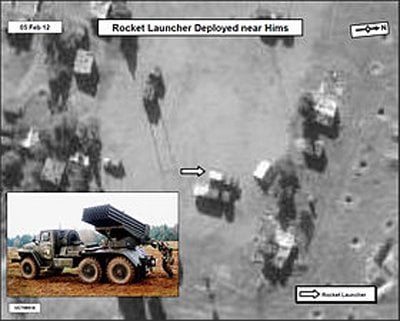 PHUKET News Wires: More than 3,800 people have died as a result of violence during the ongoing uprising in Syria, according to figures the Syrian government has provided to the United Nations. Opposition activists claim the actual number has surpassed already 8,000.

According to Pillay, the Syrian government has provided the UN with figures which show 2,493 civilians and 1,345 soldiers and police officers have been killed between March 15, 2011, and January 18, 2012. “According to information available to my office, the actual numbers may far exceed these figures,” she said.

The United Nations is no longer gathering information to estimate the total number of fatalities as a result of violence in Syria, but the UN’s last estimate in January showed at least 5,400 people have been killed during the uprising. Syrian human rights and opposition activists say that figure has since surpassed 8,000 and includes hundreds of children.

Opposition activists claim the vast majority of victims are civilians and pro-democracy protesters, but the Syrian government claims those have been caused by armed terrorist groups who are dressed as soldiers. Pillay said the Syrian government has provided the UN with reports about alleged terrorist attacks on the health and transportation sectors as well as educational institutions.

The UN High Commissioner for Human Rights, during yesterday’s briefing, called on the Syrian government to cooperate with the international community and to allow independent international monitors to visit all places of detention and grant unhindered access to humanitarian actors. She also called on the government to release all political prisoners and persons who have been arbitrarily detained.

“The Government must launch prompt, independent and impartial investigations in accordance with international standards to end impunity, ensure accountability, bring perpetrators to justice, and to take measures to ensure adequate, effective and prompt reparation for the victims,” Pillay said. She recognized that the Syrian government has cooperated to some extent, such as providing access to the International Committee of the Red Cross and the League of Arab States observer mission.

“However, these steps pale into insignificance in the face of the continuing onslaught of violence and arrest against people by State actors,” she said. “In light of this and in the face of the unspeakable violations that take place every moment, I remain convinced that referring the situation of Syria to the International Criminal Court will be a step in the right direction.”

She added: “What is urgently needed today is for the killings to stop. For that to happen the international community must unite in sending a clear message to the Syrian authorities and the Security Council must assume its responsibility to protect the population of Syria. More than at any other time, those committing atrocities in Syria have to understand that the international community will not stand by and watch this carnage and that their decisions and the actions they take today ultimately will not go unpunished.”

Syria has been part of the wider Arab Spring movement which began in early 2011 and has been riddled by violence ever since. Pro-democracy demonstrations have spread across the country since mid-March, resulting in a fierce government crackdown. Syrian President Bashar al-Assad previously admitted that mistakes were made, but claimed protesters were no longer being targeted.

Israeli soldiers kill smuggler in gun battle on Israel-Egypt border
PHUKET News Wires: Israeli soldiers thwarted an attempt by some 15 smugglers to cross the border with Egypt, killing one of them, the military said.

During routine activity on the border, the Israel Defense Forces (IDF) identified several suspects making their way across. The soldiers told the suspects to stop but they didn’t heed the call, the army said.

A gun battle ensued, leaving one of the suspects dead. No casualties were reported on the Israeli side, Haaretz newspaper reported.

The smugglers fled the scene and returned to the Sinai Peninsula. The IDF said in a press release that it would heighten its activity on the border in light of an increase in attempts to infiltrate Israel’s southwestern border.

The IDF argues that smuggling has been motivated in the region not only by financial gain but also by ‘anti-Israel ideology’, possibly because of the influence of fundamentalist Islam.

“Today’s decisions will put further pressure on those who are responsible for the ruthless campaign of repression in Syria,” said EU High Representative for Foreign Affairs and Security Policy, Catherine Ashton. “The measures target the regime and its ability to conduct the appalling violence against civilians. As long as the repression continues, the EU will keep imposing sanctions.”

The European Council said it has reinforced its restrictive measures against the Syrian regime with trade in gold, precious metals and diamonds with Syrian public bodies and the central bank no longer being permitted. The EU also stated that cargo flights operated by Syrian carriers will not have access to EU airports, with the exception of mixed passenger and cargo flights.

In addition, the Council also froze the assets of the Syrian central bank within the EU, while “ensuring that legitimate trade can continue under strict conditions.” Furthermore, the Council subjected seven ministers of the Syrian government, who are allegedly associated with the human rights violations, to an asset freeze and a visa ban.

Syria has been part of the wider Arab Spring movement which began in early 2011 and has been riddled by violence ever since. Pro-democracy demonstrations have spread across the country since mid-March, resulting in a fierce government crackdown.

According to the most recent figures released by the United Nations in January, at least 5,400 people have been killed as a result of violence during the uprising. Syrian human rights and opposition activists say the figure has since surpassed 8,000 and includes hundreds of children.

The Syrian government has repeatedly claimed that violent acts against protesters have been carried out by ‘terrorists dressed as soldiers,’ although international observers have rejected these claims. Syrian President Bashar al-Assad previously admitted that mistakes were made, but claimed protesters were no longer being targeted.