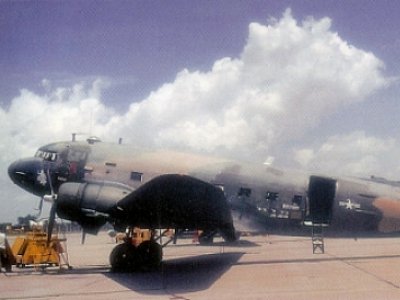 PHUKET: The remains of six U.S. service members who went missing when their plane disappeared during the Vietnam War 46 years ago have been recovered, the U.S. Department of Defense announced on late Thursday. They will be buried together next week.

The six were lost on December 24, 1965 during a combat strike mission in southern Laos. The men were aboard a Douglas AC-47 Spooky aircraft which disappeared after a mayday signal was sent out, and two days of search-and-rescue operations were unsuccessful.

Nearly three decades later, in 1995, a joint U.S.-Laos team investigated a site in Savannakhet Province where local villagers had reported seeing a two-propeller aircraft crash in December 1965. A local man found aircraft wreckage similar to that of an AC-47D in a nearby field while farming, and led the team to that location. The team recovered small pieces of aircraft wreckage and recommended further investigative visits.

The investigation resumed in 1999 when a joint U.S.-Laos team returned to the site, and three additional visits took place in 2000 and 2001. The team conducted additional interviews with local villagers, recovered military equipment, and began an excavation. But because no human remains could be found, the excavation was eventually suspended.

In 2010, joint U.S.-Laos teams again visited the site and continued the excavation, which led to the recovery of human remains, personal items, and military equipment. Three additional excavations in 2011 recovered additional human remains and evidence, which were taken to the United States for further investigation.

Scientists from America’s Joint Prisoners of War (POW)/Missing In Action (MIA) Command have since been able to identify the remains using dental records and circumstantial evidence.

The remains of the six men have now been returned to their families, military officials said on Thursday, but the cause of the crash is unlikely to ever be determined. The victims will be buried on Monday as a group in a single casket representing the entire crew, at the Arlington National Cemetery in Virginia, with full military honors.

Since late 1973, the remains of 988 Americans killed in the Vietnam War have been accounted for and returned to their families. After deducting the six to be buried on Monday, 1,658 Americans remain missing from the conflict, which ended in April 1975 and left more than 315,000 people dead.