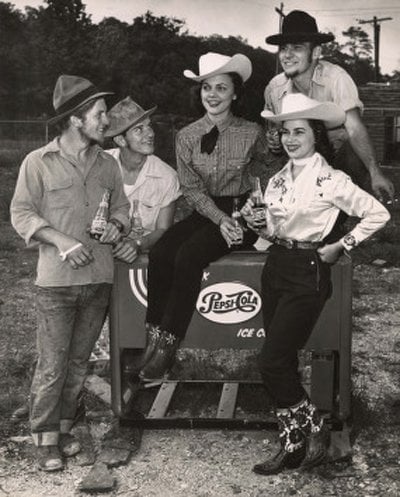 The Board of Directors of Taleo, a leading provider of cloud-based talent management, unanimously approved the transaction which is expected to close later in the year. It is still subject to Taleo stockholder approval, certain regulatory approvals and other customary closing conditions.

Taleo will be acquired for US$46.00 per share as its Talent Management Cloud, which helps organizations attract, develop, motivate and retain human capital to improve performance and drive growth, is expected join Oracle to create a comprehensive cloud.

The company said the Oracle-Taleo combination is expected to empower employees and managers to effectively manage careers throughout their entire employment, enable organizations to retain talent and optimize costs, and improve the employee experience through faster on boarding and better collaboration with team members via social media.

The announcement comes about two months after SAP announced the acquisition of SuccessFactors, the market-leading provider of cloud-based human capital management solutions for approximately US$3.4bn, or US$40 per share.

PepsiCo to cut 8,700 jobs worldwide
PHUKET (news Wires): PepsiCo yesterday announced that it will be cutting more than 8,000 jobs worldwide as part of an effort to save some US$2.5bn in costs over the next three years.

The multinational giant said that the reduction of about 8,700 employees across 30 countries, who represent roughly 3 percent of its global workforce, is part of a multi-year productivity program expected to generate US$2.5bn of incremental cost savings by 2014.

While advertising and marketing support behind the company’s global brands will be increased by US$500 million to US$600 million this year, focusing particularly on North America, PepsiCo said that other measures in its productivity program include the optimization of operating practices and further organization structure.

PepsiCo said the decisions are based on a comprehensive review by the Company’s management of its portfolio, brands, costs, organization and capital structure. It added that the goal is to deliver top-tier, sustainable long-term growth for its shareholders.

Nooyi described the year 2012 as a transition year as the company looks to continue on the earnings trajectory over the next 5 to 10 years. Among PepsiCo’s key initiatives this year is the implementation of a three-year productivity program that is expected to generate over US$500mn in incremental cost savings during each of the next three years, including 2012.

In addition, the company said it expects a decline in core constant currency EPS this year of approximately 5 percent from its fiscal 2011 core EPS of US$4.40 due to a combination of strategic and macroeconomic factors, although a high single-digit percentage rate increase is expected as of 2013.

Airbus: Air traffic in Spain to nearly double by 2030

PHUKET (news Wires): A new forecast released on Wednesday by European aircraft manufacturer Airbus suggests air traffic in Spain will almost double by 2030, requiring Spanish airlines to buy as many as 400 new passenger planes over the next 20 years.

For Spanish airlines, Airbus estimates the number of passenger planes with more than 100 seats will increase from 244 aircraft in 2010 to a total of 441 aircraft in 2030. Of the current fleet, 203 aircraft are expected to be replaced with more eco-efficient types and 197 aircraft are to be bought for growth to, from and within the Spanish market.

“Having a strong and vibrant aviation sector will make a real contribution to the short, medium and long term health of the Spanish economy, providing a real contribution to GDP, jobs and attractiveness for investment through international connectivity,” said Rafael Alonso, Executive Vice President of Customer Affairs at Airbus.

“Spain is a preferred destination for many international air travelers and as well one of the main hubs that connect Europe with Latin America,” Alonso said, adding that low cost carriers will also play an important role in increasing passenger traffic in Spain.

PHUKET (news Wires): Thai Airways International will go ahead with its belt-tightening plan to keep its operation flying high, although the airline faced a recent strike by some aircraft-maintenance staff. THAI president Piyasvasti Amranand said every department had agreed on the plan and was seeking ways to reduce costs. Overseas offices worldwide will be the next to follow suit. Under the plan, overtime pay will be cut 17 per cent. That could save Bt464 million a year. Last year, the total overtime cost was Bt2bn. On overall workforce expenditure, the company intends to save Bt1bn annually.

“The firm will attempt to reduce unnecessary costs and improve our working efficiency,’ he said, adding that some measures could be implemented in the long term if they prove workable.

Yesterday, THAI welcomed the Boeing 787 Dreamliner at Suvarnabhumi Airport, the first stop in the airliner’s Dream Tour to Southeast Asia. Airplane spotters will not get to see the Dreamliner in Phuket as Singapore is its only other destination on the tour.

The 787 will be added to THAI’s fleet in two years. The company will take delivery of four 787-8 Dreamliners, with two more delivered the following year, and two B787-9 aircraft delivered in 2017, bringing the total number of 787s in THAI’s fleet to eight. All will be leased from International Lease Finance Corporation for 12 years.

Piyasvasti said the advantage of the 787 was energy saving, with 20 per cent less fuel consumption than comparable aircraft. It will also be 30 per cent cheaper to maintain.

Their addition to the fleet will help reduce the company’s per-flight energy costs a lot, he said. Currently, fuel accounts for up 40 per cent of the total cost of a flight. If it can save 20 per cent, that means the company’s operating costs will go down 8 per cent.