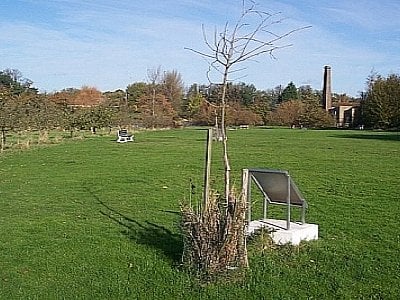 
Mississippi executes man for convenience store killings
PHUKET (News Wires): A Mississippi man convicted of killing two men during a robbery spree in December 1995 was executed this morning, officials said. A U.S. Court of Appeals declined to halt the execution based on claims he was mentally ill.

Edwin Hart Turner, 38, was convicted of killing Everett Curry and Eddie Brooks during the robberies of Mims One Stop and Mims Turkey Village Truck Stop in Carroll County during the early morning hours of December 13, 1995. His partner Paul Murrell Stewart confessed and testified against him and was previously sentenced to two consecutive life sentences.

Mississippi Department of Corrections (MDOC) Commissioner Christopher Epps said Turner was pronounced dead a few hours ago, at 6:21am Phuket time, after being given a lethal injection at the Mississippi State Penitentiary (MSP) in Parchman.

“The State of Mississippi – Department of Corrections has carried out a court order issued by the state Supreme Court. The role of the MDOC is to see that the order of the court is carried out with dignity,” Epps said during a press conference. “Through the course of nearly 15 years, death row inmate Edwin Hart Turner was afforded his day in court and in the finality, his conviction was upheld all the way to the U.S. Supreme Court. The cause of justice has been championed.”

During his final hours, Turner met with his attorney, a spiritual adviser, his mother, two aunts and two cousins. Officers described Turner as being talkative and he took a final shower after his last meal. At his request of Turner, none of his family members witnessed the execution.

“I ask that you join me in prayer for the Brooks and Curry families. The entire MDOC family hopes the families of each of the homicide victims may now begin the process of healing. Our prayers and thoughts are with you as you continue life’s journey,” Epps added during the news conference.

During the investigation in 1995, investigators discovered in Turner’s car a mask reportedly used at the crime scene, as well as Turner’s fingerprints on a weapon used at the scene. Additionally, the state’s firearms expert determined that shell casings found at the murder scene matched weapons in Turner’s home, and a cashier at one of the crime scenes identified Turner.

Turner was convicted on February 13, 1997 and sentenced to death on two counts of murder the following day. The Mississippi Supreme Court affirmed the death sentence on February 2, 1999, denied rehearing on March 31, 1999, and denied Post-Conviction relief on January 4, 2007.

Lawyers for Turner argued that he suffered from a long and extensive history of mental illness, leading U.S. District Court Judge Carlton W. Reeves to postpone the execution until at least February 20 to determine whether the state had improperly kept him from getting a psychiatric evaluation. But the 5th U.S. Court of Appeals in New Orleans overturned the stay, and the U.S. Supreme Court failed to halt the execution.

Turner was the first person to be executed in Mississippi this year.

Green, who was born in London, enlisted in the Women’s Royal Air Force (WRAF) in September 1918 when she was 17 years old, joining the Allies two months before the armistice. She served as a mess steward at RAF bases in Marham and Narborough before leaving the WRAF in July 1919.

Green died in her sleep on Saturday night at the Briar House care home in King’s Lynn, located in Norfolk county in eastern England. Her death came exactly two weeks before she was to turn 111 on February 19.

After leaving WRAF, Green moved to work in a hotel in King’s Lynn and in her spare time was heavily involved with the Royal British Legion. “I never heard anyone say a bad word about her. She would never blow her own trumpet and certainly wouldn’t shout about the fact she was the last veteran,” said June Evetts, Green’s youngest daughter. “She was very proud of what she did and we are all very proud of her. Her death does close the book on the First World War as there are no veterans left now.”

Women in the WRAF were used for a variety of jobs, including as drivers, mechanics, cooks and office clerks. At first the women were based only in Britain, but about 500 women later served in France and Germany before the WRAF was disbanded in April 1920.

Claude Choules, the last known World War I combat veteran, died in Australia at the age of 110 in May last year. The last three World War I veterans living in the UK – Bill Stone, Henry Allingham and Harry Patch – all died in 2009.

The two best friends, identified as 12-year-old Yelizaveta Petsylya and 14-year-old Anastasia Korolyova, reportedly held hands at about 9:25pm (Moscow time) on Tuesday evening when they jumped from the roof of a 14-story building in Lobnya, a city north of Moscow, according to the RIA Novosti news agency.

According to the report, Korolyova had mentioned suicide on a social networking website on Monday evening. “I hate being asked: ‘What if your friends decide to jump from the ninth floor? Will you jump too?’ Yeah, I will, how can I live without my friends?” she reportedly wrote on her profile.

The Russian news portal LifeNews, which published a photo showing the bodies of the girls and an interview with their mothers, said both girls left a suicide note along with gifts for their mothers. “I will always appreciate those who were with me until the end,” Petsylya reportedly wrote.

Friends of the girls told the news portal that Korolyova likely convinced Petsylya to join her in suicide. The 14-year-old girl had previously attempted suicide and frequently missed classes due to problems at home, with her father being described as very strict. LifeNews, quoting text from the suicide notes, said the two girls feared punishment after failing to go to school for the past two weeks.

According to RIA Novosti, police have launched a criminal case on suspicion the girls may have been ‘incited to commit suicide’.

Suicide pacts are a rare event, especially among young children. In April 2011, two 14-year-old girls hanged themselves at a house in Island Lake Township, Minnesota, during a sleepover at one of the teen’s homes. The two close friends reportedly felt ostracized and bullied.