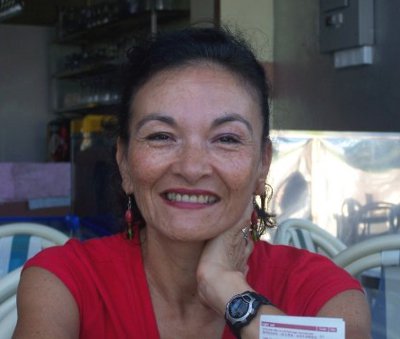 PHUKET: Friends of an Australian woman who fell overboard from a yacht sailing to Phuket late last week are not giving up hope that she may still be alive and are calling on volunteers to continue the search off the coast of Trang.

Australian national Carmel Brooks is known to have fallen overboard from the sailboat Moondancer last Thursday night somewhere near Koh Rok, about 40 kilometers due south of Koh Lanta in Krabi waters.

After being alerted of the situation, the Royal Thai navy and other maritime agencies in the area conducted a search-and-rescue mission for Ms Carmel, but called it off yesterday.

Michelle Black, a friend of Ms Carmel and her sailing companion Dr Gerald Goeden, still holds some hope that Ms Black might have swum to safety on one of the many islands and rock outcrops in Koh Lanta Marine National Park.

“I don’t think she is a very strong swimmer, but she is very fit and healthy,” she said.

Ms Black said Dr Gerald has continued the search with help from friends in Phuket.

“I am sure they will continue to search for her as long as they can. I still want to believe that she will be found. Maybe another boat saw her and helped her, or she managed to swim ashore somewhere, in which case she would have been totally exhausted. Has anybody checked the hospital or medical centers in that area?” she asked, raising the possibility that she might be suffering from amnesia.

“We are very concerned for Gerry as well, because this would be traumatic for him and he would need any help that could be given to him. Any other boats who can help him, or divers, somebody must be able to help. There could be other Australians staying in Phuket who may want to help,” she said.

“They are both beautiful people who were so well-liked by all their friends in The Whitsundays in Australia, where they lived for almost 10 years and owned a sailing business before moving to live in Penang a few years ago,” she wrote.

Ms Black also spoke to Carmel’s brother, who has been in touch with Dr Gerald by telephone.

“From what Carmel’s brother said, [Dr Gerald] did not see it happen. He was down in the cabin having a sleep and it was her turn at the helm. They were taking turns. When his alarm went off, signalling it was time for him to take over, he went up on deck. But she wasn’t there. Apparently she had a sailing safety harness on, but it had been unattached from the boat.”

“Maybe she needed to go to toilet or for some reason she undid it, but there seems to be no explanation for this. It was night time when she fell overboard, which is a big worry. Would she know which way to swim in the dark with the boat moving away from her? It is just too terrible for me to think what she went through. I just need to know something so we can have some peace,” she wrote.

Crime and Phuket Tourism: Getting it into context

Contador is beaten by meat