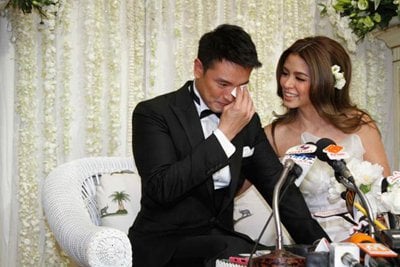 PHUKET: The discovery of a gene essential for sperm development could eventually lead to the creation of a new type of male contraceptive in the future, Scottish scientists said yesterday. It could also help finding treatments for male infertility.

The gene – called Katnal1 – is critical to sperm production because it enables sperm to mature in the testes. If scientists can regulate the Katnal1 gene in the testes, they could prevent sperm from maturing completely, making them ineffective, without changing hormone levels.

It is the first study to show that Katnal1, via its effects on microtubule dynamics within the testes, is required for male fertility. “If we can find a way to target this gene in the testes, we could potentially develop a non-hormonal contraceptive,” said Dr Lee Smith, a reader in genetic endocrinology at the Medical Research Council Center for Reproductive Health at the University of Edinburgh.

Scottish scientists funded by the Medical Research Council found that male mice, which were modified so they did not have the Katnal1 gene, were infertile. Further investigation showed that this was because the gene is needed to regulate a scaffolding structure, known as microtubules, which forms part of the cells that support and provide nutrients to developing sperm.

“The important thing is that the effects of such a drug would be reversible because Katnal1 only affects sperm cells in the later stages of development, so it would not hinder the early stages of sperm production or the overall ability to produce sperm,” said Smith.

“Although other research is being carried out into non-hormonal male contraceptives, identification of a gene that controls sperm production in the way Katnal1 does is unique and a significant step forward in our understanding of testis biology.”

The discovery of the gene could also help in finding treatments for cases of male infertility, when malfunction of the Katnal1 gene hampers sperm development.

According to preliminary studies and assessments, the UN Scientific Committee on the Effects of Atomic Radiation (UNSCEAR) stated that although six workers have died since the accident, none of the deaths were linked to irradiation and no clinically observable effects have been reported.

In what was reported to be the worst nuclear accident since the 1986 Chernobyl disaster, the building housing the Fukushima Daiichi nuclear power plant exploded and three of its nuclear reactors suffered a meltdown in March 2011, when a massive earthquake and tsunami struck the Japanese coastline.

Two months after the accident, UNSCEAR agreed to carry out a scientific assessment of the level of radiation exposure and health risks resulting from the accident. A 19-kilometer (11.8 mile) exclusion zone still surrounds the disaster site over a year after the disaster.

As of January 31, a total of 20,115 workers have been involved in operations at or near the plant following the accident, according to the report, which UNSCEAR Chair Wolfgang Weiss said was based on a wide variety of sources. Several workers were irradiated after contamination of their skin.

“There is very detailed information so as to assess the public doses but it will be more challenging to validate the workers’ exposure,” Weiss said, adding that work is still in progress. He said their assessment is being conducted with “careful scrutiny to ensure its quality, and we have a long way to go yet.”

According to UNSCEAR, its Committee members now have a good understanding of the nature and composition of the releases into the atmosphere from damaged reactors, and together with measurements of radioactive elements in the air, soil, water and food, the study will be able to assess doses to adults and children in different areas of Japan, considering important organs such as the thyroid.

“We have been given information about measurements made on the thyroids of over 1,000 children in Iitate village, Kawamata town and Iwaki city,” said Weiss. “Also, a survey in Fukushima prefecture is aiming to evaluate irradiation levels for some two million people living in the prefecture at the time of the accident. The results of the UNSCEAR assessment for these areas will be compared with the Japanese measurements and analysis, and any differences will be highlighted and addressed.”

UNSCEAR, which is holding its annual meeting in Vienna this week, is scheduled to present its final report on the levels and effects of radiation exposure from the accident towards the end of 2013.

PHUKET: Men don’t cry – or do they? We have fresh evidence that they weep like willows, at least when they’re overcome by happiness. Submitted for your appraisal is a trio of recent celebrity weddings.

First we saw Songkran Techanarong wailing like a little girl last month while they surgically attached him to actress Taksaorn “Aff” Paksukcharern in Khao Yai. “I couldn”t help it when I saw the beautiful setting,” he said of the lush outdoor scene. “And everyone I love was there. It was so overwhelming!”

It was Anusorn maneeted’s turn to blubber on May 5 when the singer known as Yong Armchair married fellow crooner Walailak “Koi” Muskpodok. Yong kept his cool until he had to express his gratitude to the press for supporting his career all along.

Actor Chai Chatayodom fell victim to the same emotional flood while thanking the news media after his wedding to Sunisa “Vicky” Jett. Vicky says they both cried a lot throughout the event, but the dam really burst for Chai when he was giving an interview.

“Right from childhood I always wanted to have a family,” he spluttered. “And now that all the people I love are here, I can’t stop the tears.”

Chai proposed to Vicky in Paris. We know because when married stars appear on TV chat shows and in magazines, they’re inevitably asked how it all came about.

Aff and Songkran were quizzed about the big moment recently on Channel 3’s “At 10” show but lacked the romantic foreign city. In fact, Aff said, Songkran never actually proposed to her at all. “He just told me it was about time we got married!”

Songkran made up for it at their wedding reception at the Mandarin Oriental Bangkok, though. They were supposed to go onstage together, but he told her he had to urinate first. Next thing Aff knew, he was up onstage declaring eternal love.

Then she got onstage and made her speech. You guessed it; he cried like a baby.