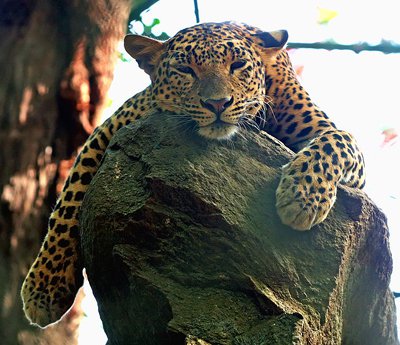 PHUKET (News Wires): A teenage girl was killed by a leopard in the district of Baitadi in western Nepal on Wednesday, the fifth such incident in two months, local media reported yesterday.

The 14-year-old girl was mauled to death by a leopard in the village of Pancheshwor on Wednesday when she was busy cutting grass in the jungle. She is the fourth person to be killed by a leopard in Pancheshwor village, the Republica newspaper reported.

Locals said three girls and a pregnant woman were also killed by the leopard within the last two months. They also claim three other people have also been killed in nearby Indian villages, but authorities have not confirmed this or whether the same leopard is involved.

Villagers have urged authorities to take the leopard under control. “We are scared to walk alone,” said Shiva Singh Saud, principal of the Bhumiraj Primary School in Pancheshwor. “More people may be attacked if the leopard is not taken under control immediately.”

Last year, seven people were killed by leopards in the same district.

Uma Maheswari, 42, was sitting in another class on the first floor of a three-storey school building when the boy stormed in with a knife at around 10.30 am, according to the Times of India. The 15-year-old then repeatedly stabbed the science teacher in the neck and face.

“He stabbed her first in the neck and inflicted cut injuries again on her cheek and neck. She died on the spot,” an eyewitness was quoted as saying by the newspaper. The 15-year-old reportedly threatened the other students in the classroom before running out.

After the boy attempted to flee, he was caught by teachers and students before being handed over to police.

“The boy came with a knife wrapped in a paper,” a policeman told the Times of India. “He said he was angry because the teacher had scolded him. We don’t know yet if there is any other reason.” His schoolmates said he was not an aggressive child, but was quite aloof.

Police are investigating the case.

The accident happened when the overloaded mini-bus collided head-on with a speeding truck on a country road with no streetlights in the Mainpuri district of Uttar Pradesh, about 120 kilometers (74 miles) from the city of Agra. The small bus was carrying approximately 60 people.

A local police official said at least 26 people on board the mini-bus were killed, including the driver, while as many as 30 others were injured. Those seriously injured were rushed to the S.N. Medical College Hospital in Agra while others were taken to nearby hospitals.

The mini-bus was carrying members of a wedding party and was heading towards Negla Bihari in Etah district where the family was to participate in an engagement ceremony. The bride and groom were traveling in a car and were not involved in the deadly accident, police said.

India, the world’s second most populous nation, is often the scene of deadly road accidents, many of which are attributed to reckless driving, aging vehicles and overloading. In new figures released in 2010, India overtook China to top the world in road fatalities.

According to India’s National Crime Records Bureau, approximately 120,000 people are killed in road accidents in India each year. Deaths as the result of road accidents account for up to 40 per cent of the country’s deaths due to unnatural causes.