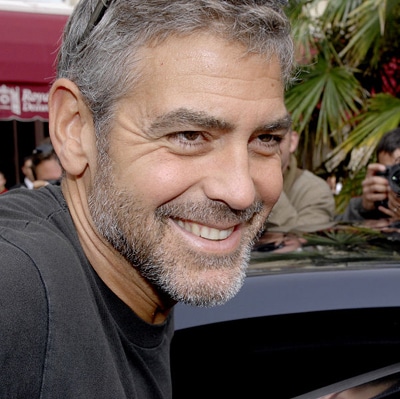 Actor George Clooney among arrested in Sudan protest
PHUKET (News Wires): U.S. actor George Clooney was among several political and religious figures who were arrested on Friday during a protest in front of the Sudanese Embassy in Washington DC, to end the humanitarian crisis in the African country.

Demonstrators blamed the Sudanese government for the alleged killing and torture of civilians and urged the stopping of bombings as well as continuing the process at the International Criminal Court (ICC) which previously issued arrest warrants for Sudanese President Omar al-Bashir on charges of genocide, crimes against humanity and war crimes.

Clooney, an Academy Award-winning actor, said humanitarian aid should be allowed into Sudan before it escalates to become the ‘worst humanitarian crisis in the world.’ He also called on Sudanese authorities to immediately stop the ‘starving and raping of innocent men, women, and children.’

Speeches and protests continued until police warned the crowds for the third time that they would be arrested if they did not leave the area. Police proceeded, using plastic handcuffs to arrest the group which had been protesting without any incidents.

But the Sudanese Embassy condemned the protests, calling the protesters misguided and accusing them of supporting the rebels. “[Clooney] put on quite the show that could possibly earn him yet another Golden Globe as he thoroughly played his role to perfection in a script that apparently ends in the lead actor’s arrest,” the Embassy said in a statement. “Only one problem, this matter is neither fiction, nor set in Hollywood!”

The Embassy claimed that, as a result of the protest, innocent Sudanese civilians would be made more vulnerable to massacres by rebels. “Sudan does not object to the constructive engagement of anyone as long as actions have a genuine motive and are well thought out,” the statement said. “We’ve always called for the international community’s engagement in national matters when it can be instrumental and effective in resolving issues. But that’s clearly not the case in Clooney’s campaign.”

Hundreds of thousands of people face starvation in the Nuba Mountains region on the border between Sudan and South Sudan, largely the result of the Sudanese government’s alleged blockage of humanitarian aid. Government forces have also been accused of carrying out massacres and other crimes against humanity.

The Sudanese government accused Clooney of breaking international law by illegally entering Sudan’s Abyei area and subsequently producing a video. “In a population that numbers in the hundreds of thousands, his camera focused on two or three individuals to star in his skewed story,” the statement said. “He has certainly failed those who might have trusted him to be truthful enough in this most sensitive issue. His attempts at being a “Peacemaker” should remain on the big screen.”