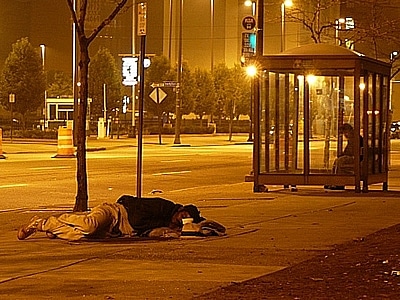 PHUKET: More than 35 people were taken to Denver-area hospitals late Sunday after being stricken with suspected food poisoning caused by a meal of turkey served at a shelter for the poor and homeless, a fire department spokesperson said yesterday.

The dinner, which was served by the Denver Rescue Mission, a charity organization that feeds and helps the poor and homeless, was given to about 340 people at about 5pm local time on Sunday. About an hour later, when many people had already left the shelter, some became “violently ill” and began to vomit.

Denver Fire Department spokesman Phil Champagne said ambulances responded to the Lawrence Street Shelter and transported 35 people to area hospitals. Ambulances also responded to six other related incidents across the city, but Champagne could not say how many others were transported from those locations.

The meal included smoked turkey which had been donated by a local caterer and was visually inspected before being served. Authorities believe it is the turkey which caused the food poisoning, as air quality tests did not find evidence of an irritant in the air.

Champagne did not know if anyone remained hospitalized but said the illness is relatively short-lived and is usually over within a 24-hour period.

“Our concern was that this population would go to their place where they would live in anonymity and suddenly become deathly ill and we wouldn’t know about it,” he said, adding that their weakened health and possible alcohol and drug addictions could be a complication.

Denver Rescue Mission CEO Brad Meuli said health inspectors are investigating the incident to ensure a similar incident does not happen again. “The Mission serves over 600,000 meals each year. During my association with the Mission in 20 plus years, I’m not aware of a severe case of food poisoning ever occurring,” he said. “More than anything, we want to help the poor and homeless people we serve every day.”