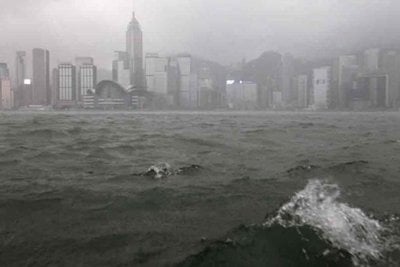 PHUKET: The national weather bureau is warning of heavy rain and possible flooding, as well as forest run-off, this week due to the effects of Typhoon Vicente.

The Meteorological Department today issued a warning for those living in the northeast, north as well as the eastern provinces of Chanthaburi and Trat and the southern provinces of Ranong and Phang-nga, asking residents to prepare for abundant rain and isolated heavy to very heavy rainfall between today and Friday.

In addition, residents in at risk zones and along waterways should beware of possible flash floods and forest run-off, Thai News Agency reported.

Scattered rain with heavy rainfall in some areas as well as flooding is expected in upper Thailand and some southern provinces resulting from the effects of Typhoon Vicente, which was centered about 60 kilometers south of Macau, China.

The tropical cyclone is moving northwestward and was forecast to make landfall over upper Hainan today and move to upper Vietnam tomorrow.

More than 100 people were injured and trees were uprooted as the typhoon battered Hong Kong.

Authorities in Hong Kong issued a hurricane warning for the first time since 1999 as Typhoon Vicente roared to within 100km of Hong Kong shortly after midnight.

However, the warning was downgraded to a strong wind warning by mid-morning as the storm passed to the west and weakened over the southern Chinese coast.

The severe typhoon disrupted ferry, bus and train services in Hong Kong, while some flights were canceled with hundreds of passengers being delayed.

Schools and the stock market were closed, however were expected to reopen this afternoon.