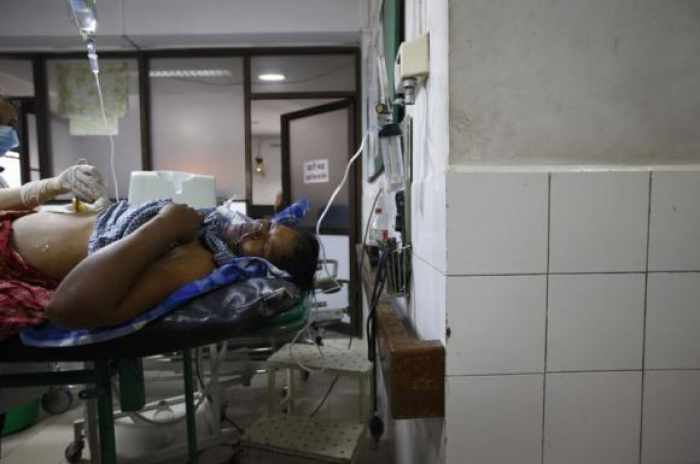 PHUKET: Nepal on Wednesday called off a search for survivors and declared 156 people dead after a landslide at the weekend, making it the deadliest to hit the Himalayan nation in three decades.

Rescuers digging through the muddy debris of houses struck by Saturday’s landslide in Singhupalchowk district ended their search, having recovered the bodies of 33 of the 156 people believed to have died.

“It is not possible to find survivors any more. All the missing persons have been declared dead,” Sindhupalchowk governor Gopal Prasad Parajuli said, adding that the authorities would give $400 to each victim’s family.

The landslide also created a dangerous blockage of the Sunkoshi river, stoking fears of floods downstream in neighbouring India’s Bihar state, where the river is known as Kosi.

Authorities in both countries evacuated thousands of people, fearing that a torrent of water would be unleashed as the earth and rocks were cleared.

The landslide also damaged part of the Arniko Highway linking Kathmandu with the Tibetan capital Lhasa, stranding more than 500 foreign hikers and their guides (story here).

In India, the flood threat from the Kosi river subsided in Bihar where more than 130,000 villagers had been evacuated, but a flood alert was issued in the eastern state of Odisha after days of torrential rains.

Twenty-three people have died in Odisha since rivers burst their banks, inundating villages and farmland and forcing around 60,000 people to seek refuge in relief camps.

Monsoon rains are crucial for farm-dependent India and Nepal, but scores of people die every year in landslides and floods caused by heavy downpours.

Heavy rains in June last year flooded towns and villages and killed thousands in Uttarakhand and dozens in the neighbouring district of Darchula in west Nepal.