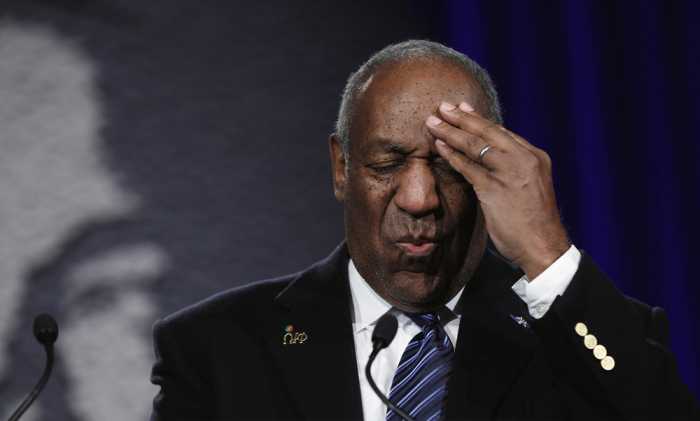 PHUKET: NBC said on Wednesday it has canceled an upcoming project with veteran comedian Bill Cosby, his second show to be pulled after accusations that he sexually assaulted women resurfaced in recent weeks.

The move by NBC comes a day after online streaming company Netflix Inc said it was postponing Cosby’s stand-up comedy special “Bill Cosby 77”, which was due to be released on Nov. 28.

Cosby’s lawyers have called the allegations of sexual assault “discredited” and “defamatory”.

Cosby’s representative did not immediately respond to a request for comment about the NBC and Netflix cancellations.

The damage to Cosby’s career reached the reruns of “The Cosby Show”, a top-rate NBC comedy in which he played his most famous role as the affable patriarch, Dr Cliff Huxtable. A spokeswoman for Viacom Inc’s basic cable channel TV Land said the show is being pulled from its schedule, without commenting further.

The 77-year-old Cosby is fighting to protect one of the most storied careers in stand-up comedy and television. He is scheduled to go ahead with a performance on Friday at a sold-out show in Florida, the King Center for the Performing Arts said on its website on Wednesday.

Comcast Corp-owned NBC said in a statement that “the Cosby project is no longer in development”, while declining to comment further. The project was still in its early stages, with no script delivered and no production date secured.

Neither NBC nor Netflix referred to the accusations in their statements.

Late Tuesday, model Janice Dickinson became the most high-profile accuser against Cosby, telling Entertainment Tonight she believed she had been sexually assaulted by Cosby in 1982.

Representatives for Dickinson did not respond to a request for comment. CBS said Dickinson will appear on the show on Wednesday to address Cosby’s lawyers.

Cosby’s camp unwittingly intensified the scandal on Twitter last week by asking the comedian’s followers to create viral memes about him, and were instead barraged with memes about the rape accusations.

One of Cosby’s accusers, former aspiring actress Barbara Bowman, wrote in a Washington Post op-ed this month that Cosby had sexually assaulted her on multiple occasions in 1985 when she was 17. She said she never went to the police because she feared she would not be believed.

Cosby has never been charged with the alleged crimes. In an interview with National Public Radio last week, the comedian, who has been married to Camille Cosby for 50 years, declined to answer questions about the sexual assault allegations.

The King Center for the Performing Arts, where Cosby will perform Friday, said in a statement “while we are aware of the allegations reported in the press, we are only in a position to judge him based on his career as an entertainer and humanitarian.”

Cosby got his start in stand-up, but then made television history with the 1965-68 hit “I Spy,” in which he was the first African-American to co-star in a dramatic series, though his race never came up in the script.

“The Cosby Show” was a top-ranked show for NBC from 1984 to 1992 and is credited with accelerating racial tolerance and even helping to pave the way for a black U.S. president.

Earlier this year, Cosby spoke with Reuters about returning to the spotlight with comedy specials, a tour and a television show. He described the NBC show as “generational.”