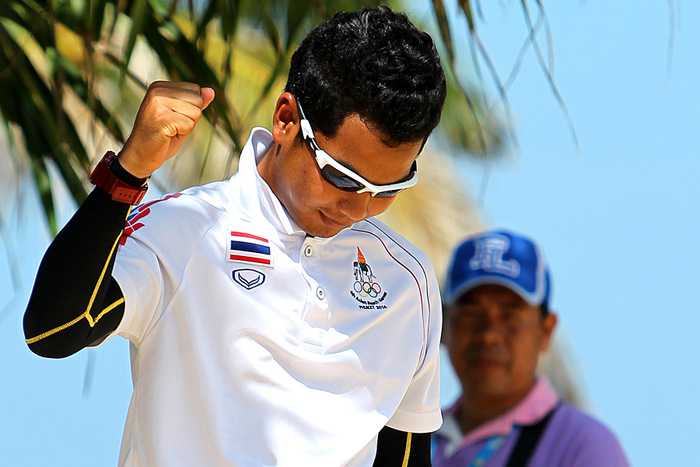 PHUKET: Thana Chaiprasit, chef-de-mission of the Thailand athletes’ delegation in the 4th Asian Beach Games, currently being contested in Phuket, expressed his confidence that the Thai athletes will capture more gold medals than the 40 they had initially targeted.

“I believe that Thailand will be crowned the overall champions for the second time for sure because there are more competitions which the Thai athletes are capable of winning gold such as Muay Thai, sepak takraw and air sports,” Mr Thana said.

“One of the influential factors that will help Thailand claim more gold medals is how our athletes can adjust to weather conditions. Moreover, defending overall champions China, Japan and South Korea did not send strong fields [of competitors] this time because they have just completed their campaign in the Asian Games and there are many major competitions this year.

“I think our Thai athletes are very successful in these Asian Beach Games. Probably, there are no sports associations from which their athletes failed to make their mark.

“In terms of hosting the Phuket Games, the Olympic Council of Asia had earlier blamed us a bit about the transportation system. We have really improved everything and put things in right place which have greatly impressed all 42 participating nations,” Mr Thana concluded.

With four more days of competition remaining, a total of 26 gold medals are on offer today, as follows.