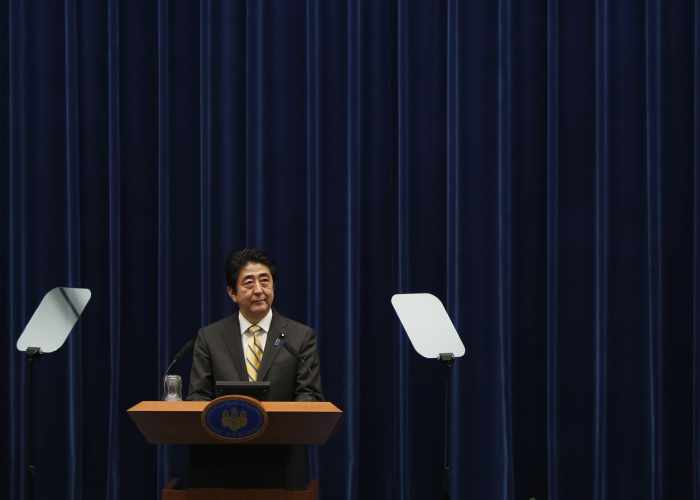 PHUKET: A man in Japan set himself on fire at a busy intersection in Tokyo on Sunday in an apparent protest against Prime Minister Shinzo Abe’s plans to ease limits of the country’s pacifist constitution, police and witnesses said.

Japan is poised for a historic shift in its defence policy by ending a ban that has kept the military from fighting abroad since World War Two.

Abe’s cabinet is expected to adopt as early as Tuesday a resolution revising a long-standing interpretation of the U.S.-drafted constitution to lift the ban after his ruling party finalises an agreement with its junior partner.

It was not immediately clear whether the man survived.

A police spokeswoman confirmed the incident, which took place near bustling Shinjuku station, but would not provide further details.

Witnesses said the man, seated on pedestrian bridge, used a megaphone to protest plans to end a ban on exercising “collective self-defence”, or aiding a friendly country under attack.

“He was sitting cross legged and was just talking, so I thought it would end without incident. But when I came back to the same place 30 minutes later, he was still there. Then all of a sudden his body was enveloped in fire,” said Ryuichiro Nakatsu, an 18-year-old student who witnessed the incident.

“He was yelling against the government, about collective self-defence,” he said.

Witnesses said the man was hosed down and carried away.

The planned change in defence strategy marks a major step away from post-war pacifism and widen Japan’s military options.

Conservatives say the charter’s war-renouncing Article 9 has excessively restricted Japan’s ability to defend itself and that a changing regional power balance including a rising China means Japan’s security policies must be more flexible.

The change will likely rile an increasingly assertive China, whose ties with Japan have chilled due to a maritime row, mutual mistrust and the legacy of Japan’s past military aggression, but will be welcomed by Tokyo’s ally Washington, which has long urged Japan to become a more equal partner in the alliance.