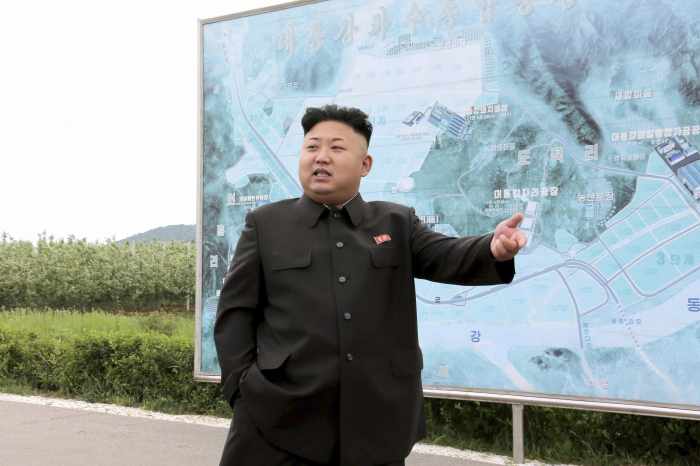 The launch came days before Chinese President Xi Jinping’s scheduled state visit to South Korea. China is the main benefactor of the North, which is also under sanctions for conducting nuclear tests.

North Korea is also due hold talks with North Korea this week to work out the details of Pyongyang’s plan to reinvestigate the fate of Japanese citizens kidnapped by the reclusive state decades ago.

The missiles, which appeared to be Scud class, were launched from an area on the east coast of the peninsula and flew about 500 km (310 miles) before crashing harmlessly into the water, an official for the Joint Chiefs of Staff said.

The test firings on Sunday came three days after the North launched three short-range projectiles into the waters off its east coast, which flew about 190 km (120 miles) and landed in the sea.

Such launches are routine. North Korea frequently test-fires short range multi-rocket launchers, which are not prohibited under U.N. sanctions on the isolated country.

North Korea’s possession and testing of ballistic missiles such as Soviet-era Scuds, however, breach the sanctions, and are seen to contribute to Pyongyang’s long-range missile programme.

North Korea said the launch was “part of its routine military exercise” and that there should be no affect on planned governmental talks between North Korea and Japan next Tuesday, a North Korean foreign ministry official was quoted as saying by Japanese media.

“We think this issue needs to be addressed properly at the government talks,” he told reporters. “We must make a firm demand toward North Korea that they follow the U.N. Security council resolution and other agreements.”