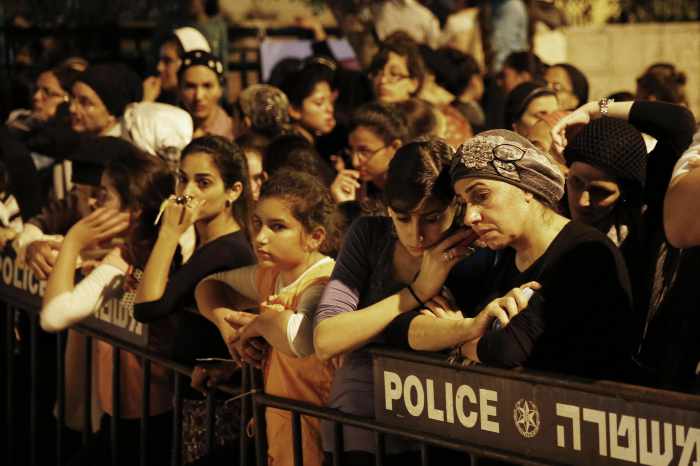 PHUKET: The bodies of three missing Israeli teenagers were found in the occupied West Bank on Monday and Israel vowed to punish Hamas, the Palestinian group it accuses of abducting and killing them.

“They were kidnapped and murdered in cold blood by beasts,” Prime Minister Benjamin Netanyahu said in a statement after the military discovered the remains of the Jewish seminary students who disappeared on June 12.

“Hamas is responsible and Hamas will pay,” he said.

Netanyahu convened a session of his security cabinet that could decide on stronger military moves against the Islamist group, which has neither confirmed nor denied Israel’s allegations.

At the square in Tel Aviv where Israeli Prime Minister Yitzhak Rabin was assassinated in 1995, scores of Israelis lit memorial candles for the teenagers, a day after thousands attended a prayer vigil for them at the same spot.

Hamas has been rocked by the arrest of dozens of its activists in an Israeli military sweep in the West Bank over the past three weeks during a search for the teenagers that Israel said was also aimed at weakening the militant movement. Up to six Palestinians died as a result of the Israeli operation, local residents said.

The kidnapping, near a settlement in the West Bank, appalled Israelis who rallied behind the youngsters’ families.

“On behalf of the people of Israel, I wish to tell their dear families … our hearts are bleeding, the entire nation is weeping with you,” Netanyahu said in the statement.

The bodies of Gil-Ad Shaer and U.S.-Israeli national Naftali Fraenkel, both 16, and Eyal Yifrah, 19, were found in a field near Hebron, a militant stronghold and the hometown of two Hamas members identified by Israel as the kidnappers and still at large, security officials said.

The teens had apparently been shot soon after having been abducted while hitchhiking, the officials said. “They were under a pile of rocks, in an open field,” said Lieutenant-Colonel Peter Lerner, a military spokesman.

Israeli media said the break in the case came after the relatives of the alleged abductors were interrogated. A large number of troops gathered at the spot – in the general area where the teenagers disappeared – to recover the bodies.

Netanyahu seized on the abduction to demand Western-backed Palestinian President Mahmoud Abbas abrogate a reconciliation deal he reached with Hamas, his long-time rival, in April that led to a unity Palestinian government on June 2.

In tandem with the search over the past 18 days, Israeli forces have raided Palestinian towns and villages, detaining Hamas activists and closing the group’s institutions.

Abbas condemned the abduction and pledged the cooperation of his security forces, drawing criticism from Hamas and undercutting his popularity among Palestinians angered by what they saw as his collusion with Israel.

The United States, while condemning the kidnapping, has urged Israel to pursue a measured response.

Hamas, which has maintained security control of the Gaza Strip since the unity deal, is shunned by the West over its refusal to renounce violence. The group has called for Israel’s destruction, although various officials have at times indicated a willingness to negotiate a long-term ceasefire.

Around 30 migrants found dead on boat near Sicily