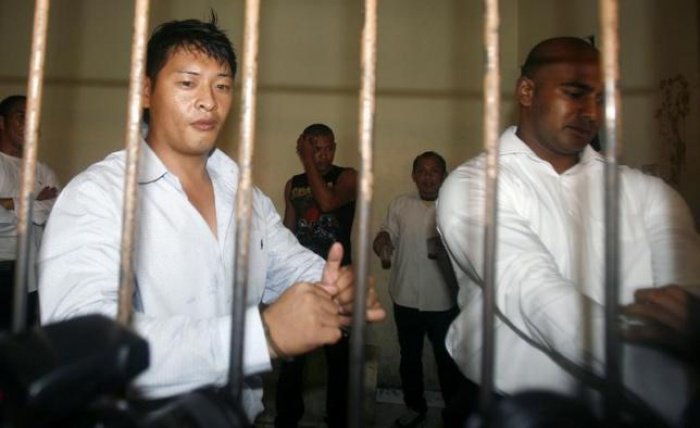 The leaders of Australia and Brazil had made personal appeals for clemency for their citizens among the group, raising the stakes for Indonesia’s new president, Joko Widodo, who has stepped up the pace of executions since coming to office.

Australia has deep commercial and political ties with its big neighbour, while Brazil has a $5 billion trade surplus with Southeast Asia’s biggest economy. Brazil is at risk of losing a major military export deal to Indonesia over the executions row.

“We respect Indonesia’s sovereignty but we do deplore what’s been done and this cannot be simply business as usual,” Prime Minister Tony Abbott told reporters in Canberra, adding that ambassador Paul Gibson would return to Australia by the end of the week.

“I want to stress that this is a very important relationship between Australia and Indonesia but it has suffered as a result of what’s been done over the last few hours.”

Australians Myuran Sukumaran and Andrew Chan were executed by firing squad along with the six other drug convicts.

Charlie Burrows, religious counsellor to the Brazilian convict, was with the prisoners before the execution and he confirmed to reporters that they were shot dead. Australian Foreign Minister Julie Bishop said Australia had yet to receive formal confirmation of the executions from Indonesia.

Recalling an ambassador is a step rarely taken by Australia, and never previously taken over a prisoner execution. Still, Abbott cautioned against a trade or tourism boycott, as the hashtag #boycottIndonesia trended on twitter.

The Brazilian government said in a statement that it was shocked by the news, which marked the second execution of a Brazilian in Indonesia in three months despite President Dilma Rousseff’s personal humanitarian appeals.

Brazil’s foreign ministry said it was evaluating ties with Indonesia before deciding what action to take, but said it had no plans at present to replace its former ambassador in Jakarta who had been recalled after the first execution in January.

“Given the lack of a satisfactory reply to our appeals, this has to be evaluated to decide what attitude we will adopt towards Indonesia from now on,” Deputy Foreign Minister Sergio Franca Danese told reporters.

Earlier, Jakarta rejected last-ditch pleas from around the world for clemency to be granted to the eight drug traffickers, who also included nationals from Nigeria and Indonesia. But it unexpectedly spared a Filipina who was on death row with them.

A spokesman for the Attorney General’s Office said it had delayed the execution of Mary Jane Veloso, a housemaid and mother of two who was arrested in 2010 after she arrived in Indonesia with 2.6 kg of heroin hidden in her suitcase.

He said the delay came in response to a request from Manila after an employment recruiter, whom Veloso had accused of planting the drugs in her luggage, gave herself up to police in the Philippines on Tuesday.

Supporters holding a vigil for Veloso outside the Indonesian embassy in Manila cheered and clapped on hearing the news.

“The execution of eight people in Indonesia today shows complete disregard for due process and human rights safeguards,” it said in a statement.

In Australia and around the world, supporters of those executed expressed sadness, shock and anger on social media.

“Ham-fisted policy from a medieval regime,” Twitter user Darren Reid said. “You will never get a travel cent from me.”

Thousands of police descend on Baltimore to enforce curfew after riots