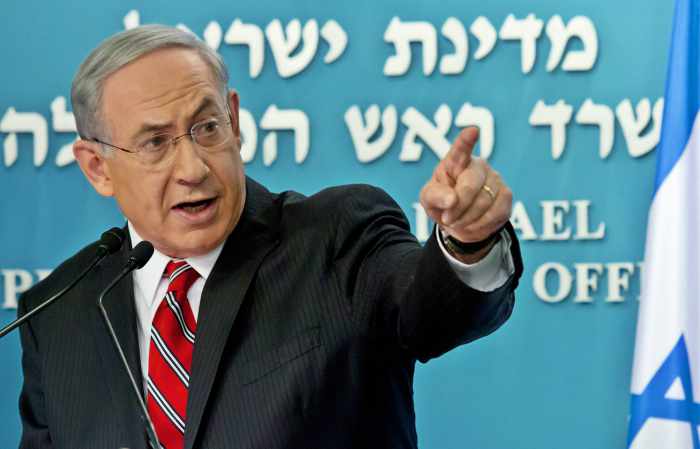 PHUKET: A ceasefire in the Gaza Strip collapsed on Tuesday, with Palestinian militants firing rockets into Israel, prompting Israeli air strikes that health officials said killed a woman and a young girl.

Accusing Gaza Islamists of breaking the truce, Israel promptly recalled its negotiators from talks in Cairo, leaving the fate of Egyptian-brokered efforts to secure a lasting peace hanging in the balance.

Israel said three rockets were fired out of Gaza nearly eight hours before a ceasefire – extended by a day on Monday – was due to expire. Later barrages took aim at a number of cities and one missile hit open land in the greater Tel Aviv area, without causing damage or casualties.

Gaza witnesses said Israeli aircraft launched 35 attacks, including one on a house in Gaza City, where hospital officials said a woman and a two-year-old girl were killed. A third unidentified person also died in the strike, officials said.

Although it claimed responsibility for later strikes, Gaza’s dominant Islamist group Hamas said it had no knowledge of any rockets being fired earlier in the day, while the Cairo talks were still underway.

Mark Regev, a spokesman for Prime Minister Benjamin Netanyahu, called the initial attack on the southern city of Beersheba “a grave and direct violation of the ceasefire”.

A military spokesman said that in response to the salvoes, “terror targets across the Gaza Strip” were attacked.

On Netanyahu’s order, Israeli delegates to the indirect talks in Cairo on ending the Gaza war and charting the territory’s future, immediately flew home.

Israel has said repeatedly that it would not negotiate under fire, and Egyptian mediators have been struggling to end the five-week-old Gaza conflict and seal a deal that would open the way for reconstruction aid to flow into the territory of 1.8 million, where thousands of homes have been destroyed.

The Palestinian Health Ministry says some 2,019 people, mostly civilians, have been killed in the small, densely populated coastal territory since fighting started on July 8.

Sixty-four Israeli soldiers and three civilians in Israel have also been killed during the offensive, which the Jewish state launched with the stated aim of halting militant fire.

Suggesting that Israel expected more violence, the military instructed Israeli civilians to keep bomb shelters open to a distance of 40 kilometres (25 miles) from Gaza, and Israeli media said municipalities in the Tel Aviv area were reopening shelters they had shut when fighting subsided two weeks ago.

The rocket attacks spurred a new exodus of dozens of Palestinian families who had fled previous fighting and had returned home only days ago.

A Palestinian delegate in Cairo said negotiations for a durable ceasefire were near collapse. “The talks have been suspended unofficially,” said Qais Abdel Karim of the Popular Front for the Liberation of Palestine.

The Palestinians want Egypt and Israel to lift their blockades of the economically-crippled Gaza Strip that predated the Israeli offensive.

Hamas leader Izzat al-Risheq told reporters at a Cairo hotel he saw chances of reaching another truce as “very weak”. Risheq posted on Twitter that Egypt was awaiting an Israeli response before a truce officially expired at midnight (2100 GMT).

Israel, like Egypt, views Hamas as a security threat and wants guarantees that any removal of border restrictions will not result in militant groups obtaining weapons.

A senior Palestinian official in Gaza said sticking points to an agreement in the Cairo talks have been Hamas’s demands to build a seaport and an airport, which Israel wants to discuss only at a later stage.

Israel has called for the disarming of militant groups in the enclave. Hamas has said that laying down its weapons is not an option and has blamed Israel for the fact the talks faltered.

Punctuated by several temporary ceasefires, the scale of fighting had diminished greatly since Israel pulled its ground troops out of Gaza two weeks ago and it had seemed there was little appetite on either side for the war to drag on.

However, Netanyahu said on Monday the Israeli military was prepared to take “very aggressive action” if shooting against Israel resumed.

Israel and Hamas have not met face-to-face in Cairo, where the talks are being held in a branch of the intelligence agency, with Egyptian mediators shuttling between the parties in separate rooms. Israel regards Hamas, which advocates its destruction, as a terrorist group.