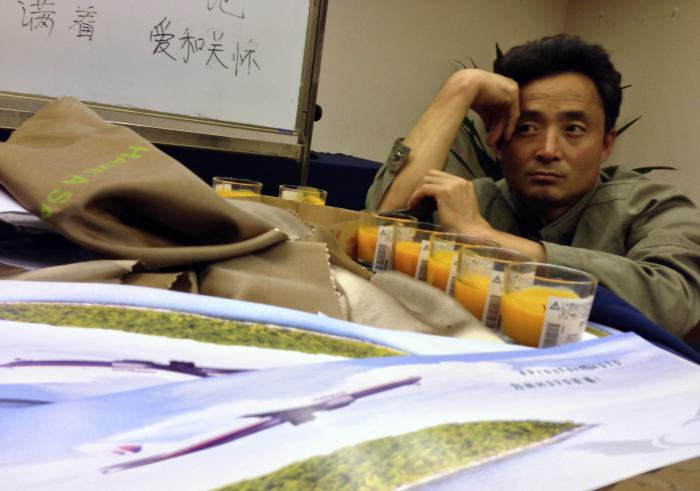 PHUKET: The U.S. Navy described as “speculative and premature” a media report on Thursday that said four acoustic pings at the centre of the search for a missing Malaysia Airlines jetliner are no longer believed to be from the aircraft’s black boxes.

The report on CNN quoted Michael Dean, the U.S. Navy’s deputy director of ocean engineering, and said authorities now almost universally believe the pings did not come from the onboard data or cockpit voice recorders of Flight MH370.

The Boeing 777, carrying 239 passengers and crew, disappeared on March 8 shortly after taking off from Kuala Lumpur bound for Beijing.

Australian search authorities narrowed the search for the missing jet last month after picking up a series of pings near where analysis of satellite data put the last location of the plane some 1,600km off Australia’s northwest.

“Our best theory at this point is that (the pings were) likely some sound produced by the ship … or within the electronics of the Towed Pinger Locator,” Dean told CNN. However, a U.S. Navy spokesman said Dean’s comments were “speculative and premature”.

“We continue to work with our partners to more thoroughly understand the data acquired by the Towed Pinger Locator,” the spokesman said in an emailed response.

“As such, we would defer to the Australians, as the lead in the search effort, to make additional information known at the appropriate time.”

Australian authorities leading the search did not immediately respond to requests for comment.

The discovery of the pings on April 5 and 8 was hailed as a significant breakthrough, with Australian Prime Minister Tony Abbott expressing confidence that searchers knew, within a few kilometres, where the plane wreckage was.

A source close to the investigation has said that those pings were certain to be from MH370’s black boxes because of their frequency and transmission at one second intervals.

However, a thorough scan of the area around the pings with an unmanned submarine failed to find any sign of wreckage. No debris linked to the plane has been picked up despite the most extensive and expensive search effort in aviation history.

MH370 was carrying 227 passengers and 12 crew when it vanished. Authorities have not ruled out mechanical problems as a cause but say the evidence, including the loss of communications, suggests it was deliberately diverted thousands of kilometres from its scheduled route.

Families of passengers are hoping that opening up the data to analysis by a wider range of experts could help verify the plane’s last location.