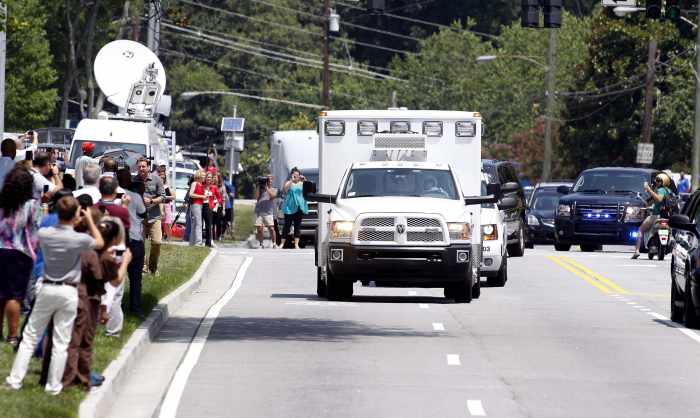 PHUKET: Staff with the World Health Organization battling an Ebola outbreak in West Africa see evidence that the numbers of reported cases and deaths vastly underestimates the scale of the outbreak, the U.N. agency said on its website on Thursday.

The death toll from the world’s worst outbreak of Ebola stood on Wednesday at 1,069 from 1,975 confirmed, probable and suspected cases, the agency said. The majority were in Guinea, Sierra Leone and Liberia, while four people have died in Nigeria.

The agency’s apparent acknowledgement the situation is worse than previously thought could spur governments and aid organisations to take stronger measures against the virus.

“Staff at the outbreak sites see evidence that the numbers of reported cases and deaths vastly underestimate the magnitude of the outbreak,” the organisation said on its website.

“WHO is coordinating a massive scaling up of the international response, marshalling support from individual countries, disease control agencies, agencies within the United Nations system, and others.”

International agencies are looking into emergency food drops and truck convoys to reach hungry people in Liberia and Sierra Leone cordoned off from the outside world to halt the spread of the virus, a top World Bank official said.

In the latest sign of action by West African governments, Guinea has declared a public health emergency and is sending health workers to all affected border points, an official said.

An estimated 377 people have died in Guinea since the outbreak began in March in remote parts of a border region near Sierra Leone and Liberia.

Guinea says its outbreak is under control with the numbers of new cases falling, but the measures are needed to prevent new infections from neighbouring countries.

“Trucks full of health materials and carrying health personnel are going to all the border points with Liberia and Sierra Leone,” Aboubacar Sidiki Diakité, president of Guinea’s Ebola commission, said late on Wednesday.

As many as 3,000 people are waiting at 17 border points for a green light to enter the country, he said.

“Any who are sick will be immediately isolated. People will be followed up on. We can’t take the risk of letting everyone through without checks.”

Sierra Leone has declared Ebola a national emergency as has Liberia, which is hoping that two of its doctors diagnosed with Ebola can start treatment with some of the limited supply of experimental drug ZMapp.

Nigeria also has declared a national emergency, although it has so far escaped the levels of infection seen in the three other countries.

Health experts say government responses to the disease need to be calibrated to prevent its spread, while avoiding measures that could induce panic or damage economies unnecessarily.

That task is harder because health services have been stretched to the breaking point and mistrust of health workers among some rural communities is high. In addition, 170 healthcare workers have been infected and 81 have died.

A Liberian government document seen by Reuters shows the strain on its health ministry as it confronts the emergency.

An Ebola call centre in Monrovia is struggling to keep up with the volume and needs more staff, telephone lines and a deputy supervisor, the Ministry of Health document said.

“The case investigation team only has one vehicle so they can’t get out and then there’s the issue of no space at the ETU (Ebola Treatment Unit) to bring patients,” it said.

Ebola is one of the world’s most deadly diseases and kills the majority of those infected. Its symptoms include internal and external bleeding, diarrhoea and vomiting.

The U.S. State Department ordered family members at its embassy in Freetown to depart Sierra Leone because of limitations on regular medical care as a result of the outbreak.

U.S. President Barack Obama has discussed the outbreak with the presidents of Liberia and Sierra Leone, the White House said.

Among the signs of the regional economic impact, Ivory Coast will not allow any ships from Guinea, Sierra Leone and Liberia to enter its port at Abidjan, according to a port statement.

Fewer passengers are arriving at Ivory Coast’s main airport from Freetown, Conakry and Monrovia because of the virus leading to a shortfall of about 4,000 passengers a month, Abdoulaye Coulibaly, chairman of Air Cote d’Ivoire, told Reuters.

Ivory Coast and its eastern neighbour, Ghana, have recorded no cases of Ebola. Ghana’s government said it would step up its funding for preventative health and impose a moratorium on international conferences for three months as a precaution.

Beyond the immediate impact, Africa faces a problem of perception over Ebola, even though many countries are remote geographically, economically and culturally from those suffering the outbreak.

In one example, Korean Air Lines Co Ltd said it will suspend flights to and from Nairobi, Kenya, from Aug. 20 to prevent the spread of the virus.

Kenya Airways Inc said it will continue its flights to Monrovia and Freetown. Kenyan Transport Minister Michael Kamau told a news conference the Korean Air decision may have been based on a WHO statement that Kenya should be classed as high risk of Ebola because of those direct flights.

“The statement by WHO yesterday was regrettable. It was retracted,” he said.

PHUKET: International agencies are looking into emergency food drops and truck convoys to reach extremely hungry people in Liberia and Sierra Leone, who are cordoned off from the outside world to halt the spread of the Ebola virus, a top World Bank official said on Thursday.

The Mano River region, home to about 1 million people and an epicentre for the deadly disease, is a major concern and the issue was raised on Wednesday with U.N. Secretary General Ban Ki Moon, said Tim Evans, senior director for health at the World Bank.

“There has been a lot of inflation in food prices and a lot of difficulty in getting food to the quarantined population,” he said in an interview.

The World Bank, along with the UN and the World Health Organisation, is urgently assessing how to make emergency food deliveries, or they face the danger of a deepening health crisis from malnutrition and the spread of other diseases, he said.

“This is emerging a