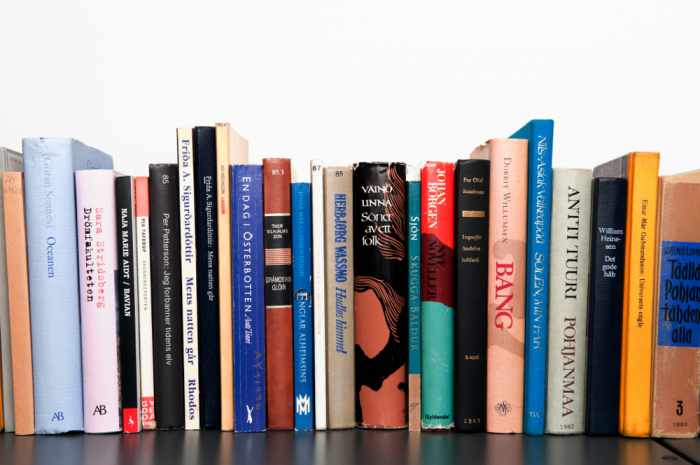 PHUKET: Early in 2003, I took my camera for servicing. While collecting it, I suggested to the old man who ran the shop that my camera would soon be obsolete, and that the future would be digital.
“Oh, film won’t ever be replaced,” he said confidently. He went into a learned explanation of how 35mm film had an assured future, and that digital would take at best a small bite from the bottom end of the market. I was less sure, but had no answer to what he said.

I got my answer later in the year. I read in a newspaper report that Fuji was ending all film manufacture in the European Union, and that falling demand was its reason. By then, I had my first digital camera. Another few years, and the camera that I had paid 50 pounds to service was fetching pennies on Ebay. Today, 35mm film can still be bought, but high street developing shops have been replaced by printing machines with media card inputs. If people are taking more photographs than ever before, an entire technology has gone the way of the steam locomotive and the typewriter.

We live in an age of revolution. Political structures are as yet little affected. But all about them is in flux. It is a revolution driven by technological change. One after another, technologies that evolved in the 20th century, and that seemed, by about 1980, to have reached their fullest development, have been swept away. Vinyl and tape were killed by the CD. This was in turn killed by MP3, and we cannot be sure how long this format will maintain its dominance. Videotape is dead. Fixed line telephony is dying. So too copper wire. Radio and television are trembling on the edge of democratization. Hollywood is being eaten alive by piracy. Emails have replaced letters. Who now buys filing cabinets? In short, the internet and the digital technologies it has enabled are remaking the world in a form we can as yet only dimly perceive.

What, then, about the printed book? Will this survive? Why should it survive? No doubt there are bibliophiles as committed to paper as that old man in the camera shop was to film. “The printed book won’t ever be replaced,” I can hear them say. But why should the printed book be different? No doubt, we shall continue reading – just as we continue taking photographs and listening to music. But is there any reason why the printed book should survive? Let us review the main arguments in favor of print.

First, the printed book is different. To see why, compare it with sound recording. This emerged towards the end of the nineteenth century, and its history has been one of discontinuous leaps. Edison’s phonograph cylinders were an invention of genius. But they took up storage space and were hard to reproduce. They were replaced by the gramophone record. This was transformed by the development of electrical recording, and then reinvented as vinyl, and further transformed by stereophonic recording. By the time compact discs (CDs) came on the market, in the early 1980s, there had not been a single generation of stability for recorded music. If we look at any 20 year period between 1900 and 1980, the best recording quality at the beginning was thought unacceptable at the end; and the reproduction technology was generally obsolete. Newer is better; and few of us regretted the chance, in the late 1980s, to dump our collections of scratched and dust-embedded vinyl into the nearest charity shop.

The printed book is different. It is part of our civilization. In my civilization, indeed, there have been only two discontinuous leaps since the birth of Christ. In the first century, a book was a papyrus roll. Sheets of papyrus, about eighteen inches by twelve, were written on one side and glued together into a strip of not more than twenty feet. The strip was then wound about a wooden spine, and a second spine was

stuck at the outside end. The result was as cheap at the technology allowed, but was defective in itself. Papyrus can last for thousands of years in Egypt, but falls apart after about a hundred years in any damper climate. Also, the rolls were difficult to search through, and they took up storage space.

The book as we know it was not invented by the Christians, but they seem to have made it fashionable – perhaps because they were less culturally committed than the pagans to an inferior technology. Though expensive, parchment lasts longer than papyrus, and books stitched between covers are easier to read and to store. Whatever the case, the book as we know it had triumphed by about the fifth century, and virtually the whole surviving body of ancient literature can be traced back to the recopying choices made by librarians and readers at the end of antiquity.

During the next thousand years, the main change to the book was the replacement of parchment by paper. Then, from about the end of the fifteenth century, hand copying gave way to printing. In terms of intellectual history, this was a greater change than the switch from papyrus rolls. The unlimited reproduction and cheapening of books enabled the Reformation and the Enlightenment, and the emergence of a world of mass-literacy and scientific rationalism.

For us, the printed book is a sacred object. A CD is merely something that must be ripped to MP3 so it can be played on a mobile telephone. An LP vinyl record is an object of curiosity to the young. But anyone who thinks of learning will imagine books. A library is a place of silence and concentration. Readers hunched over their books will frequently be in communion with the finest minds of the ages. The Nazis were evil because they killed people. Before they did that, they burned books. It is the same with the Inquisition and with every other coercive institution. The printed book is special. Anyone who thinks it can become obsolete is surely drunk on a technology that did not exist when most of us were born.

Second, ebooks are inferior. You need electricity to read them. What can you do when the battery runs out? What if our advanced civilization collapses? Printed books work perfectly well with a little daylight or a candle. E-books are inflexible. They cannot be skimmed. If they are made up of text rather than photographed pages, they can be searched, but only if a word or phrase is already known. Often a printed book can be searched by recollection of where in it something was previously seen. A further problem is that printed books go through an elaborate process of proofing. They are faithful to the original text. Ebooks, unless they are released by a mainstream publisher, are often riddled with typing errors. Why give up something that works for something that does not?

Third, nobody can say how long an ebook will last. We have a text of Virgil written while there was still a Senate in Rome, and a text of the Gospels commissioned by Constantine the Great. We have books printed by Caxton in the fifteenth century, and first editions of Shakespeare. Trying to read a book stored on floppy disk takes a prior search on Ebay for obsolete equipment, and may be a worthless attempt, bearing in mind how quickly magnetic impressions fade. Even commercial CDs can lose data within a few years. Hard disks are unreliable. Memory sticks are of unknown stability. In short, anyone who trusts current storage technologies to keep a text readable more than a dozen years is engaging in a continuous act of faith.

These are all valid points. Indeed, I have no answer to the second and third, other than to speak piously about improvements in technology that I cannot clearly imagine. But, rather than try for an answer, I can think of two offsetting arguments.

First, there is the great convenience of ebooks. During the past few