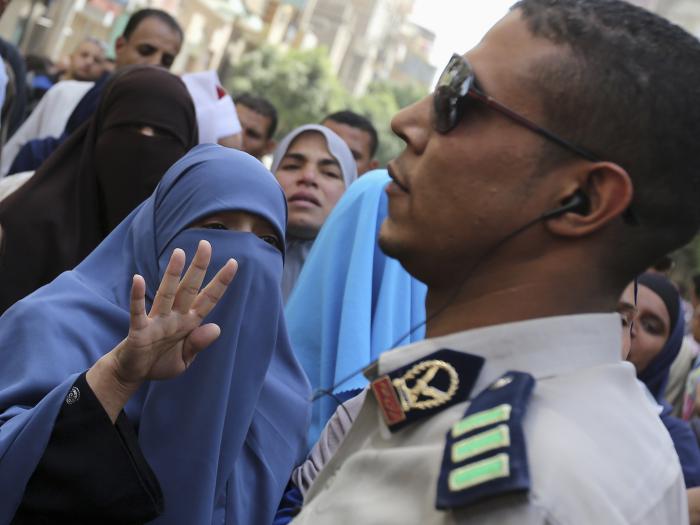 PHUKET: The senior leader of Egypt’s outlawed Muslim Brotherhood said on Tuesday that the mass death sentences against him and other members will cause the government’s downfall.

“This ruling is the last nail in the coffin of the ruling powers that led the coup,” said Brotherhood general guide Mohamed Badie, who was condemned to death along with 682 supporters on Monday. “The regime is on the brink of collapse.”

The defendants were charged with crimes including inciting violence following the army overthrow of elected leader Mohamed Mursi, a senior Brotherhood member, last July after mass protests against his rule.

Security forces have mounted a tough crackdown on the Brotherhood since Mursi’s fall, killing hundreds of its supporters, arresting thousands and putting leaders on trial.

The Brotherhood says it is committed to peaceful resistance to the army-backed government. The death sentence against Badie, 70, is likely to fuel growing concerns that young members of the movement could resort to violence against the state.

The United Nations’ top human rights official added to an avalanche of criticism of the sentences, which the United States has called “unconscionable”.

“It is outrageous that for the second time in two months, the Sixth Chamber of the Criminal Court in Al-Minya has imposed the death sentence on huge groups of defendants after perfunctory trials,” U.N. High Commissioner for Human Rights Navi Pillay said in a statement.

International guarantees of a fair trial “appear to be increasingly trampled upon” in Egypt, Pillay said, noting that 529 people were sentenced to death by the same court in March.

She said the mass trial had clearly breached international law requiring due process.