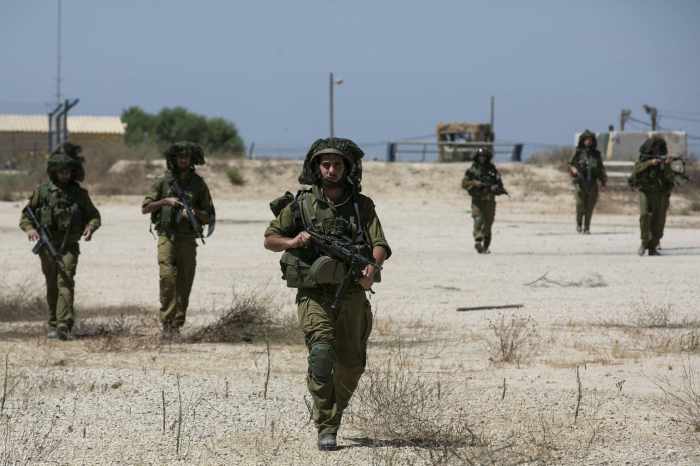 PHUKET: Egypt launched an initiative on Monday to halt fighting between Israel and Palestinian militants, proposing a ceasefire to be followed by talks in Cairo on settling the conflict in which Gaza authorities say more than 170 people have died.

Israeli Prime Minister Benjamin Netanyahu will convene his decision-making security cabinet on Tuesday to discuss the proposal on the Gaza violence, an Israeli official said.

The militants resumed rocket attacks on Tel Aviv on Monday after a 24-hour lull in strikes on the Israeli commercial capital, while Israel kept up its air and naval bombardments of the Gaza Strip despite the growing international pressure for a ceasefire.

Egypt’s proposal, which would take effect at 0700 BST on Tuesday, calls for a ceasefire within 12 hours of that time, followed by negotiations between both sides in Cairo within 48 hours, the state news agency MENA said.

A foreign ministry spokesman told state television that Egypt would seek Arab backing for the initiative at an extraordinary meeting of the Arab League on Monday night.

Asked if there would be a ceasefire on Tuesday morning, an Egyptian official told Reuters: “We hope so.”

“We are not at the negotiations stage yet. First the sides would cease fire and then each will send delegations to Egypt to discuss the terms,” the official added.

So far the international calls for a ceasefire have had little effect and there were no immediate signs that the initiative by Egypt – which struck a peace treaty with Israel more than 30 years ago – would necessarily succeed.

However, the Israeli official seemed to put a positive face on the proposed truce, saying that Israel’s week-old offensive in Gaza had weakened the Islamist Hamas group militarily.

Earlier, the Israeli military said it had shot down a drone from Gaza, which is sandwiched between Israeli and Egyptian territory. This marked the first reported deployment of an unmanned aircraft by Palestinian militants and a possible step up in the sophistication of their arsenal, although it was not clear whether it was armed.

Their rocket attacks have been regularly intercepted but more than half a dozen Israelis have been wounded since the start of the week-old offensive. Gaza health officials say Israeli air strikes have killed 180 Palestinians and wounded 1,390, most of them civilians, in the densely populated enclave.

Egyptian media said U.S. Secretary of State John Kerry was due in Cairo on Tuesday for talks on the Gaza situation. There was no immediate U.S. confirmation of the report.

The European Union said it was in touch with “all parties in the region” to press for an immediate halt to the hostilities, the worst flare-up of Israeli-Palestinian violence for almost two years.

Two members of Netanyahu’s security cabinet suggested a truce might be in the works. “There are contacts all the time,” Communications Minister Gilad Erdan said when asked about the possibility of Kerry visiting Cairo.

Economics Minister Naftali Bennett said in remarks on Channel 2 television “all options are on the table,” though the far-right leader said the fighting could also go on.

The violence was prompted by the murder of three Israeli teenagers and revenge killing of a Palestinian youth. Israeli officials said on Monday three people arrested over the Palestinian’s death had confessed to burning him alive.

Peace efforts have been complicated by Hamas’s rejection of a mere “calm for calm”, in which both sides hold their fire, in favour of wider conditions including prisoner release and an end to Israel’s Gaza blockade.

The Israeli army said its aircraft and naval gunboats attacked dozens of targets in Gaza on Monday and that Palestinian militants fired 115 rockets into Israel, wounding a boy in the port city of Ashdod, where a home was damaged, and two girls, 11 and 13, near Beersheba.

Palestinian health officials said at least 20 people in the Gaza Strip were wounded.

But Israel did not carry out a threat to step up attacks against rocket-launching sites it said were hidden among civilian homes in the town of Beit Lahiya after urging residents there to leave. A U.N. aid agency said around a quarter of the town’s 70,000 residents had fled. Tel Aviv experienced a rare lull in morning rocket strikes, but they resumed during the evening rush hour, with the Iron Dome missile interceptor system going into action. Police said there were no casualties or damage. Hamas, the Islamist group which runs Gaza, said its armed wing had sent several locally-made drones to carry out “special missions” deep inside Israel.

A military spokesman said the drone was shot down near Ashdod, about 25 km (15 miles) north of Gaza, by a U.S.-built Patriot missile, which was used largely ineffectively by Israel against Iraqi Scud missiles in the 1991 Gulf War. An Egyptian-brokered truce doused the last big Gaza flare-up in 2012.

U.N. Secretary General Ban Ki-moon told Egyptian President Abel Fattah al-Sisi in a phone call that his country is the most credible party capable of persuading both sides to stand down, an official Egyptian statement said.

However, Cairo’s government is at odds with Islamist Hamas, complicating a mediation bid with the group, an offshoot of the now-outlawed Egyptian Muslim Brotherhood.

In Cairo, Palestinian sources said they had plans to submit a draft resolution calling for an immediate ceasefire via the Arab League, to the United Nations Security Council.

Israel’s Erdan told Channel 2 television that it wanted “long term calm, and a reality change, for Hamas and terrorist infrastructure to sustain as big a blow as possible”. But “whether this happens alongside a diplomatic solution, at some point, we certainly wouldn’t rule it out” Erdan said.

Al-Mezan, a Gaza-based Palestinian human rights group, said 869 Palestinian homes have been destroyed or damaged in Israeli attacks over the past week.

Hamas leaders have said a ceasefire must include an end to Israel’s Gaza blockade and a recommitment to the 2012 truce agreement. In addition, Hamas wants Egypt to ease restrictions it imposed at its Rafah crossing with the Gaza Strip since the military toppled Islamist president Mohamed Mursi last July.

Hamas has faced a cash crisis and Gaza’s economic hardship has deepened as a result of Egypt’s destruction of cross-border smuggling tunnels. Cairo accuses Hamas of aiding anti-government Islamist militants in Egypt’s Sinai peninsula, an allegation the Palestinian group denies.

For its part, Hamas leaders said, Israel would have to release hundreds of the group’s activists it arrested in the occupied West Bank last month while searching for the three Jewish seminary students who it said were kidnapped by Hamas. The detainees include more than 50 Hamas men who were freed from Israeli jails in 2011 in a prisoner exchange.

Israel’s Gaza offensive, which began last Tuesday, has claimed the lives of at least 138 Palestinian civilians, more than 30 of them children, health officials in the enclave said.

Eight Palestinians were killed in a series of separate air strikes after darkness fell, among them a four-year-old girl, the Palestinian Health Ministry said.

There have been no fatalities in Israel in the fighting. Iron Do