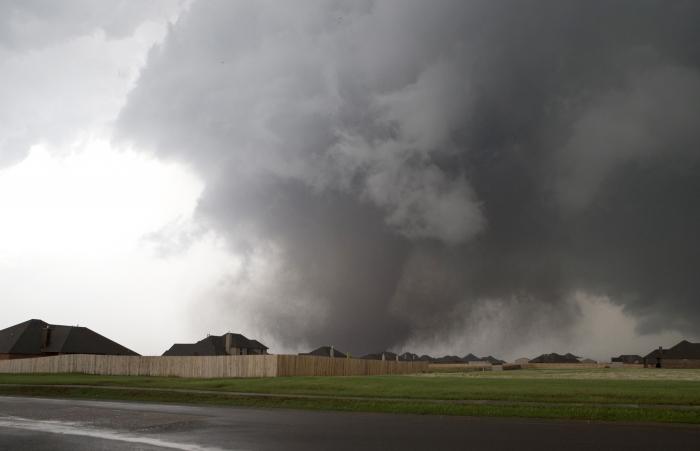 At least 16 killed by tornadoes in Arkansas, Oklahoma and Iowa
Reuters / Phuket Gazette

PHUKET: Rescue workers searched for survivors on Monday in the rubble left by a wave of tornadoes that ripped through the south-central United States a day earlier, killing at least 16 people in Arkansas, Oklahoma and Iowa.

Arkansas was the hardest hit, with at least 10 people dead in central Faulkner County and four more across the state, for the first reported fatalities of this year’s U.S. tornado season, authorities said.

Strong winds wrenched houses off their foundations and flipped cars on top of the rubble in the small town of Vilonia in Faulkner County.

One person was killed in neighbouring Oklahoma and another in Iowa, state authorities said.

A tornado hit the east side of Mayflower, Arkansas, on Sunday evening, killing at least one person, tearing up trees and bringing down power lines, making it difficult for the emergency services to find stricken areas in the dark, officials said.

The Arkansas National Guard was deployed to help out.

At least one other person was killed in a tornado in the town of Quapaw, in the northeast corner of neighbouring Oklahoma, according to Ottawa County Sheriff’s Department spokesman Derek Derwin.

That twister was spotted in the town 200 miles (320 km) northeast of Oklahoma City, according to the weather service.

Another fatality was reported on a farm in northeastern Keokuk County in Iowa by the local sheriff’s office last night, said John Benson, a spokesperson for Iowa Homeland Security and Emergency Management.

A tornado in Baxter Springs, Kansas that touched down on Sunday evening destroyed as many as 70 homes and 25 businesses and injured 34 people, of whom nine were hospitalized, state and county officials said.

One person was reported dead but it was unclear if the death was storm-related, said the Cherokee County Sheriff’s Office.

Overnight tornado watches and warnings were announced in several parts of Arkansas, Tennessee and Mississippi.