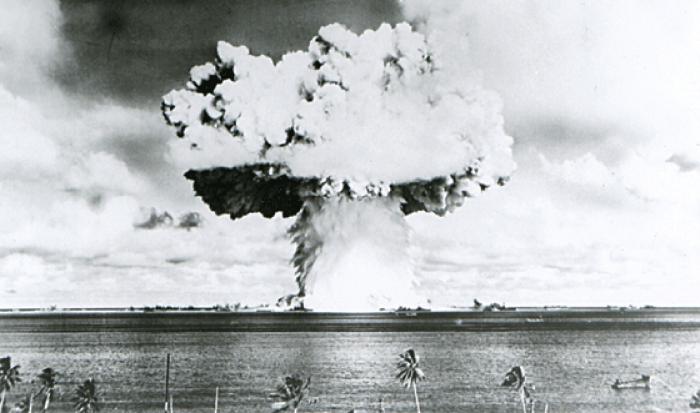 PHUKET: Russia said on Monday that lawsuits in which the Marshall Islands accused nine nations with nuclear weapons capability of failing in their obligation to negotiate disarmament are “baseless” and would not help rid the world of atomic weapons.

The tiny archipelago nation in the Pacific Ocean, which was used for U.S. nuclear tests in the 1950s, filed lawsuits last week against the United States, Russia and seven other countries.

The Russian Foreign Ministry expressed surprise at the allegation, saying the Cold War arms race was decades in the past and that Russia and the United States had been negotiating nuclear cuts almost constantly for years.

“As a result … Russia has reduced its strategic (long-range) nuclear potential by more than 80 percent and its non-strategic nuclear weapons by three-quarters from their peak numbers,” the ministry said in a statement.

“We are convinced that filing baseless suits does not foster a favourable conditions for further steps by the international community in the area of arms control and the non-proliferation of weapons of mass destruction,” it said.

Russia said it had clearly shown it was abiding by the 1970 Nuclear Non-Proliferation Treaty (NPT).

However, it lamented that “for past 45 years, the international community has made no serious efforts” to fulfil the treaty’s obligation that signatories seek a pact on “complete disarmament under strict and effective international control”.

“The Russian Federation is open to interaction with its NPT partners with the aim of seeking the most effective paths to realisation of the Treaty,” it said.

The comments were in line with statements by Russian officials that total disarmament is a good idea in theory. But Russia has also made clear it will not approve cuts below ceilings set in the 2010 New START treaty unless the United States addresses its concerns about U.S. missile defence and non-nuclear weapons capabilities, among other things.

Deaths on EU roads halve in a decade

At least 16 killed by tornadoes in American Midwest