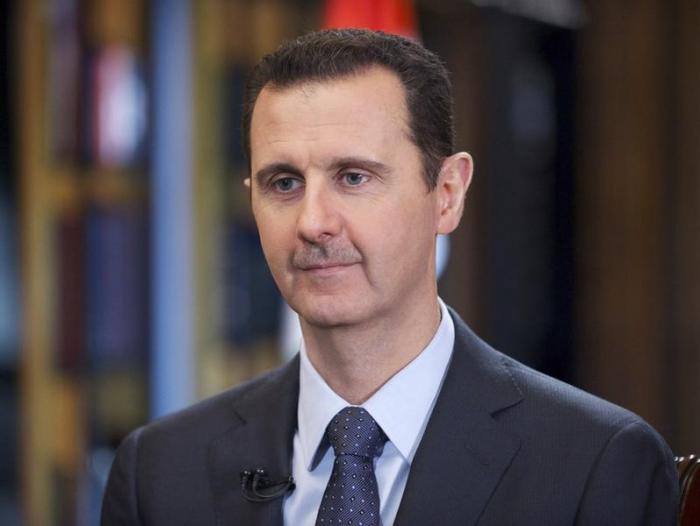 PHUKET: Syrian President Bashar al-Assad declared on Monday he would seek re-election in June, defying calls from his opponents to step aside and allow a political solution to the country’s devastating civil war.

Assad formally submitted his nomination to Syria’s constitutional court to stand in an election which his Western and Arab foes have dismissed as a parody of democracy.

He is the seventh person to put himself forward for Syria’s first multi-candidate presidential vote in decades, but none of his rivals are expected to mount a serious challenge to 44 years of Assad family rule.

The announcement was made in parliament by speaker Mohammad al-Laham, who read out Assad’s submission. “I … Dr Bashar Hafez al Assad … wish to nominate myself for the post of president of the republic, hoping that parliament will endorse it,” it said.

State media said crowds gathered to celebrate the coming election and recent military gains by Assad’s forces who, supported by foreign allies, have turned the tide of a war which 18 months ago challenged his control over Damascus.

“As soon as we heard that the president announced his candidacy we came down to the streets to celebrate because we cannot see any future Syria without his excellency President Bashar al-Assad,” said Khadija Hashma, one of about 100 people demonstrating in the central Damascus district of Mezzeh.

In a statement minutes after his candidacy was announced, Assad appealed for restraint and said any “demonstration of joy” should be responsible, urging people not to fire celebratory shots in the air.

Syria’s opposition leaders in exile, barred from standing by a constitutional clause requiring candidates to have lived in Syria continuously for 10 years, dismissed the vote as a charade.

The constitution also says candidates must have the backing of 35 members of the pro-Assad parliament, effectively ruling out dissenting voices from the campaign.

The National Coalition, Syria’s main opposition umbrella group in exile, said Assad’s determination to win another term in office showed he was not interested in a negotiated settlement to the conflict.

“From the start this regime is illegitimate, and so is this action,” said Hadi al Bahra, a member of the coalition’s political committee. “This has no value, but says that the regime is not serious about a political solution.”

Authorities have not said how they will hold the vote in a country where six million people have been displaced and large swathes of territory remain outside government control.

Another 2.5 million refugees have fled Syria, many smuggling themselves across the frontier to avoid Assad’s security forces. Election commission head Hisham al-Shaar was quoted by Syria’s Al-Watan newspaper on Monday as saying Syrians who had left the country illegally would not be eligible to vote.

More than 150,000 people have been killed in Syria’s conflict, which started when protests against Assad’s rule erupted in March 2011, inspired by other Arab uprisings.

Demonstrations were put down by force and the uprising became an armed insurgency which now pits mainly Sunni Muslim rebels and foreign jihadis against forces loyal to Assad, who is from Syria’s Alawite minority – an offshoot of Shi’ite Islam.

The president has been backed by Iran and Russia and his soldiers have been reinforced by Shi’ite fighters from Iraq and Lebanon’s militant group Hezbollah, while regional Sunni Muslim powers have backed the rebels.

Assad’s forces have consolidated their grip around Damascus and central Syria, and hold the Alawite heartland provinces on the Mediterranean coast. Rebels control much of the north and east, but have been plagued by infighting.

Two weeks ago Assad said the Syrian conflict had reached a turning point and the deputy leader of Hezbollah said it was time Assad’s Western foes accepted he was there to stay, adding that Assad would win re-election decisively.

Peace talks in Geneva brokered by international mediator Lakhdar Brahimi, who is widely expected to announce his resignation soon, broke down in February.

Brahimi has warned that holding the presidential election on June 3 would present an even greater challenge to reviving negotiations which were supposed to include discussion of a transitional governing body in Syria including both opposition and government representatives.

Bahra said Assad’s campaign for a third term in office contravened an accord, known as Geneva 1, agreed by international powers in Switzerland two years ago which was supposed to form the basis for the peace talks.

“He is in defiance of all U.N. Security Council resolutions and outside the Geneva 1 process,” Bahra said.

At least 16 killed by tornadoes in American Midwest