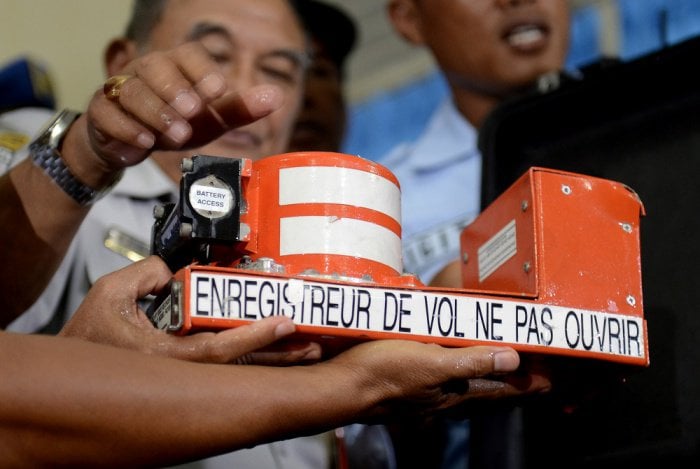 PHUKET: Investigators probing the crash of an AirAsia jetliner are examining maintenance records of a key part of its automated control systems, and how the pilots may have handled the plane if it failed, two people familiar with the matter said.

An outage of the twin Flight Augmentation Computers (FAC) could not have directly caused the Dec. 28 crash, experts say, but without them the pilots would have had to rely on manual flying skills that are often stretched during a sudden airborne emergency.

“There appears to be some issue with the FAC,” a person familiar with the investigation said, adding that more information was being sought from the manufacturer and airline.

Indonesia has said the Airbus A320 jet climbed abruptly from its cruising height and then stalled, or lost lift, before plunging out of control into the Java Sea, killing all 162 people on board.

A second person familiar with the probe said investigators were looking at how the pilots dealt with the chain of events leading up to the crash. Neither person agreed to be identified, because details of the investigation remain confidential.

The pair of computers comprising the A320’s FAC system is mainly responsible for controlling rudder movements and helping to keep the airplane stable, as well detecting windshear, or sudden changes in wind speed or direction.

Indonesian magazine Tempo reported a series of maintenance problems with the computerised rudder system of that particular aircraft in the days and months before the loss of Flight QZ8501.

Pictures of wreckage retrieved from the Java Sea provide little evidence that the crash was caused by problems with the rudder.

But, after partially analysing data from the “black box” voice and flight data recorders, investigators have extended their interest to the FAC computers, the two people familiar with the probe said.

A problem with the system may help explain another key element of the crash – why the jet did not automatically correct itself before entering into a stall, even if accidentally encouraged to do so by crew.

Airbus jets are designed to provide “flight envelope protection”, making it virtually impossible to push them outside safe design limits when operating in normal flying mode.

But when the computers are unable to perform their tasks, control is automatically handed to the pilots who must fall back on training and fly manually, in so-called “alternate” mode.

A failure of both FAC computers – one primary, the other back-up – is one of those rare

circumstances that can cause the usual stall protection to trip.

That alone would not explain why such a jet might crash and it is unlikely to be the only scenario being considered by investigators.

It was not clear when any fault might have developed, but it would, if confirmed, be one possible explanation of how the plane got into the state where the Indonesian pilot and French first officer would need to take over and display skill under stress.

“Stall protection can trip in very exceptional circumstances and the pilots need to react to that,” an A320 pilot said, asking not to be named since he is not allowed to talk to media.

Airbus said it would not comment on the investigation or the crashed jet, but stressed that this type of aircraft is designed to be flown manually even when the safety buffer is not available.

“The aircraft remains fully controllable if you lose the two FACs,” an Airbus spokesman said by email.

“The consequence of losing the two FACs is that the pilot has to fly manually like a conventional aircraft, which by definition has no flight envelope protection.”

Indonesia’s National Transportation Safety Committee (NTSC) declined to comment. The agency will submit its preliminary report to the International Civil Aviation Organization later this week, but said on Tuesday it would not include an analysis of the data from the black boxes.

AirAsia, referring to the jet by its 5-letter registration, said it could not comment on the aircraft or the investigation.

“We are unable to comment on technical matters related to PK-AXC at this time as we would like to avoid adding to speculation while the investigation by the NTSC is still ongoing,” an AirAsia spokeswoman said by email.

In October, airlines were given four years to upgrade FACs on A320 jets at the next repair after a design review. An emergency European safety directive in December instructed crew how to disable computerised flight protections themselves but only in extremely rare circumstances.

There is no indication Airbus or regulators have identified anything that would raise wider concerns about the safety of the 6,100 A320-family aircraft in operation.

Under aviation rules, Airbus must notify operators worldwide if it discovers anything that could affect the safety of the whole fleet and it has not so far done so.

But investigators will want to examine what caused the plane to slip out of its usual safely cocooned flying mode, how it entered a stall and what actions the crew took in response.

Some pilot unions, including those at Air France after an A330 jet crashed in the Atlantic in 2009, have argued in the past that Airbus systems are so complex that pilots can be overwhelmed when things go wrong. The jetmaker denies this.