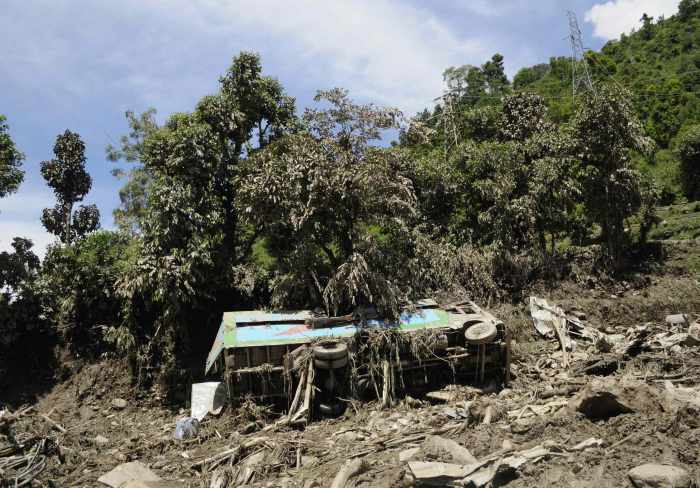 PHUKET: More than 500 foreign tourists and their guides have been rescued after a deadly landslide in Nepal blocked a major highway, leaving them stranded in a border town over the weekend, Nepali hiking officials said on Monday.

The mostly Indian and European tourists were returning to Kathmandu after hiking expeditions in Tibet when heavy rains triggered the landslide, blocking the Arniko highway to the capital and forcing them to take refuge in Tatopani town on the Nepal-Tibet border.

Officials said more than 400 hikers and their guides were picked up by helicopters and brought to Kathmandu on Sunday and another 200 people were evacuated on Monday.

“The trekkers were worried and confused. But now they are very much relieved and comfortable,” Airlines Operators Association official Yog Raj Kandel told Reuters.

This is peak trekking season in Tibet, with thousands of tourists annually visiting the Himalayan region from Nepal.

Aid and tourism-dependent Nepal, home to Mount Everest and eight of the 14 highest mountains above 8,000 metres (26,246 feet), is one of the world’s poorest countries. Four percent of the country’s gross domestic product (GDP) comes from tourism.

The landslide, which occurred on Saturday morning in Nepal’s Sindhupalchowk district, has left a trail of destruction. At least 33 people have died and more than 130 people are missing.

The disaster has also sparked fears of flash floods downstream – including in neighbouring India – as it has blocked the Sunkoshi river, forming an artificial lake.

Indian authorities fear that as Nepal tries to clear the landslide, it will unleash a torrent of water, submerging hundreds of villages. As a result, more than 400,000 people in the eastern state of Bihar have been evacuated.