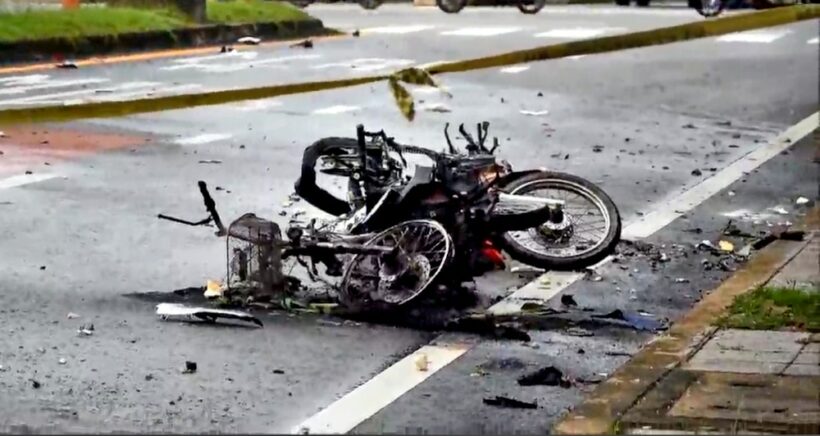 Thailand is in danger of moving from its previous number two position in the world for fatal road accidents to number one. A new report on road safety from 2016 – 2017 shows road deaths in Thailand have risen by almost 3,000.

The Provincial Road Accident Prevention and Resolution Program and Road Safety Operation Centre has released a report that shows there were 22,356 road traffic deaths in 2016, up nearly, 3,000 from 2015’s toll.

The report indicates that the number of road deaths vary around the country and that the top 6 provinces with the most road deaths were all in the east:

The report shows that 3 out of 4 people who died in road accidents were male. Men 15 – 29 years old were the most likely age-group to be in a fatal accident.

The report says that 39% of road fatalities are on motorbikes, 5% are pedestrians and 1% were cyclists.