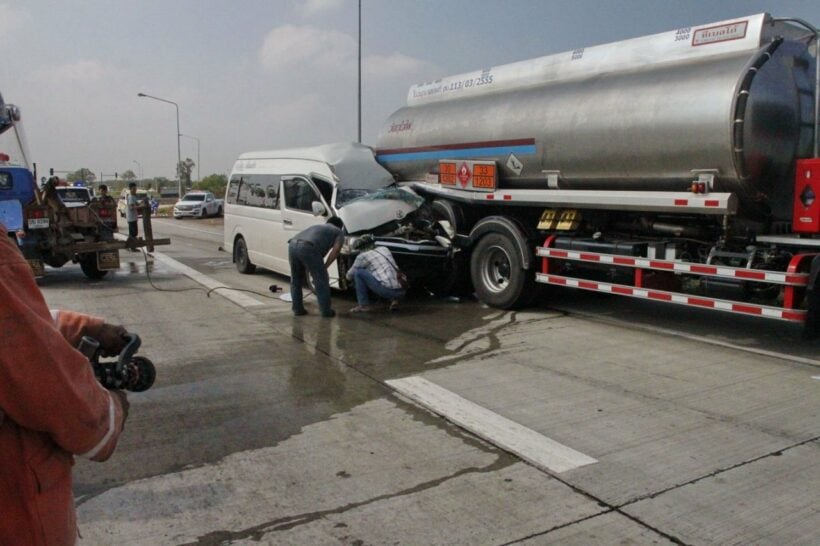 A lot of stories making up our news feeds today, from all over Thailand. Let’s ignore the threat of a 100% chance of rain from the forecast and focus on the sunshine in between. Here are today’s main news stories…

Debate over a rise in the minimum wage is heating up, with a key battleground opening up on whether payments should be based on the varying costs of living around the country.

Advocates for a more generous policy on minimum pay want any rise to be applied at the same rate nationwide, but those in the opposing camp point to the variations in the cost of living throughout the country.

One labour economist, Yongyuth Chalamwong, says the minimum wage rise should be based on the consumer price index which differs from province to province.

He says that small businesses in provincial areas do not have the means to pay high wages and the country’s overall economic growth is not solid. 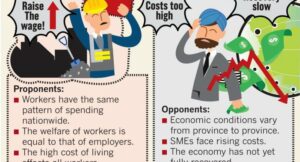 The Cabinet has approved a 35.6 billion baht spending package as part of the second stage of the government’s poverty-reduction program featuring job offers, vocational training, low-interest loans and personalised services for up to 4.9 million low-income people nationwide.

The Government says there are about 11 million Thais whose annual per capita income is less than 30,000 baht. Instead of just handing out subsidy money to this target group, the second-stage program aims to offer them jobs, provide skill-training, financial help and other pre-requisites to alleviate their poverty in a more sustainable style. 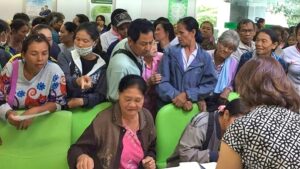 Motorbike accident in Pattaya kills three, including a tourist

Three people were killed when a high-powered motorcycle hit a pedestrian in Pattaya yesterday.

A Russian tourist and a Thai woman passenger were killed when the Kawasaki Z900 motorcycle they were riding hit and killed a South Korean man who was crossing the road. All were aged between 20 and 25 years old.

Witnesses say the Russian was riding the motorcycle at high speed with the woman sitting on the back when it struck the group of tourists. 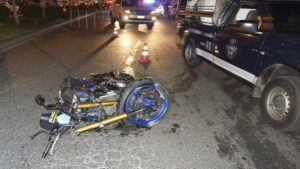 Thai police have returned 20 stolen luxury cars worth about 30 million baht to Malaysia with both countries pledging to work together to suppress all types of transnational crimes.

The transfer is the second batch of stolen luxury vehicles that had been seized in Thailand and returned to Malaysia. The first batch involved 95 vehicles worth about 75 million baht.

Police say the smuggling of luxury cars from Malaysia into Thailand has been a serious problem impacting both economies with the smugglers avoiding duties. 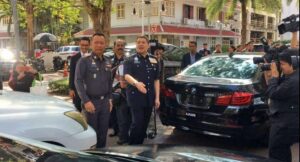 Following months of a cat and mouse game with fugitive former PM Yingluck Shinawatra, the junta appears to have lost faith that they can bring her back for prosecution despite knowing she is currently living in London.

PM Gen Prayut Chan-o-cha yesterday admitted that the extradition process was “generally uneasy”. Prayut referred to Yingluck’s fugitive brother ex-premier Thaksin Shinawatra, who has been on the run abroad since 2008 and living in London a lot of the time.

Meanwhile, Foreign Minister Don Pramudwinnai told reporters yesterday that Thai authorities were in touch with their British counterparts after confirmation that Yingluck was in the UK from the Foreign Minister Bori Johnson back in September. He pointed out the Yingluck’s passports have all been revoked and that the process of extradition would continue but admitted it would become more difficult if the British Government approve an application for asylum. 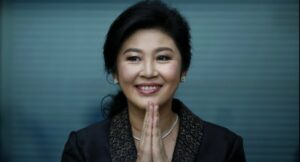 Police have arrested four suspects and seized 110,000 yaba pills with a street value of 20 million baht during an attempted drug delivery in front of a Sa Kaew Hospital, right near the Cambodian border east of Bangkok. A 28 year old and two 30 year old females, along with a 19 year old male, have been accused of being linked to a Chon Buri-based drug dealing gang.

The pills were found in five sacks loaded onto a Suzuki sedan parked at the hospital entrance. Police say its the largest batch impounded in the province in a decade.

A van, chartered to take Cambodian workers home, has crashed into the rear of an oil tanker in Chachoengsao killing a Thai man and injuring eight Cambodians.

The van’s left front hit the right rear of the oil tanker at high speed. Rescuers and firefighters rushed to the scene aware that the tanker could catch fire. Although the driver survived, his assistant sitting in the front passenger seat, was killed. The driver claims he was trying to overtake a truck at the time. 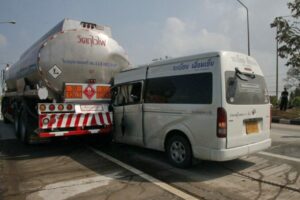 A Bangkok taxi driver who fired a slingshot and damaged actor Mario Maurer’s Porsche, after a traffic dispute, has been fined 1,000 baht and had his licence suspended for one month.

37 year old Cabbie Udon Sitthipol refused to talk with reporters yesterday after meeting with police to hear the charge and pay the fine.

It was reported that the 29-year-old actor and the cab driver were cutting each other off driving around the capital on Monday. Udon fired a stone from a slingshot that smashed Maurer’s side window near the Pratunam Intersection and a roadside argument ensued.  The actor may still face charges following the incident. Maurer’s manager said the actor was busy and would report to police later to hear charges. 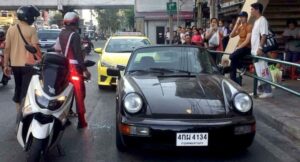