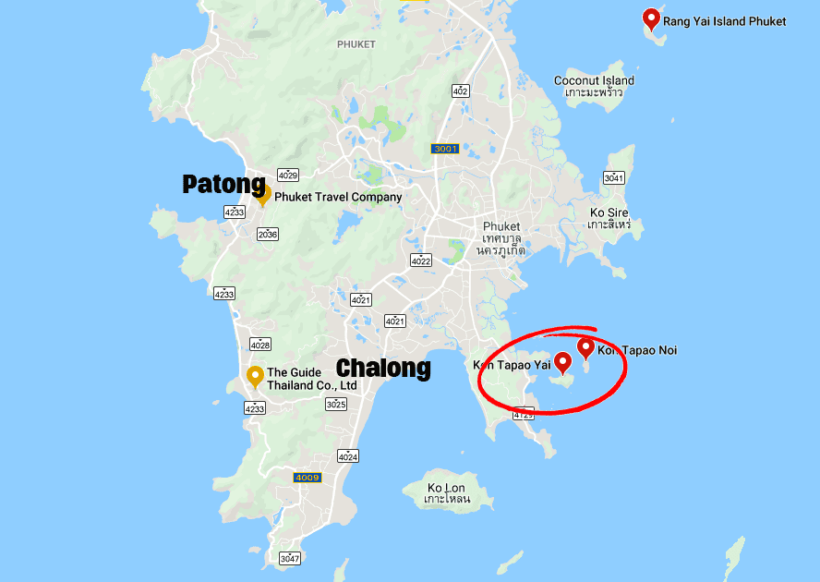 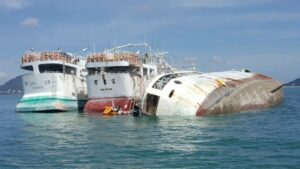 A boat named ‘Cheburi’, a fishing boat from outside Thai waters, has washed ashore in front of Tapao Yai Island, just off Cape Panwa, after being prosecuted by the Fisheries Office for breaking Thailand’s Fisheries Act for not reporting on time. Officers surrounded the scene with floating protection barriers to avoid the oil leaking out.

The old and ‘out of order’ fishing boat that was anchored in front of Tapao Yai Island was swept ashore by big waves yesterday (January 8) coming in from the north-east making it unsteady and almost flip over. The remaining fuel inside the boat started to leak.

The boat is one of the 6 vessels anchored there since last year as it broke the Fisheries Act 2016, leaving Thai water and not entering a report report. The owners of the boats were prosecuted and the boats were left there since then. The protection barriers cover 100 metres around the boat and the officers have been adding neutralising chemicals to make the fuel solid and sink to the bottom. 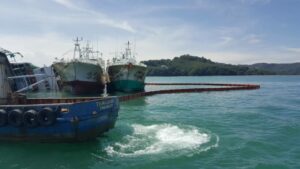 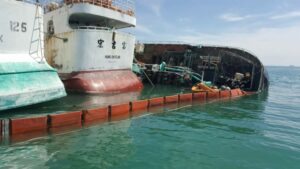 WEDNESDAY MORNING HEADLINES – All your news in 3 minutes