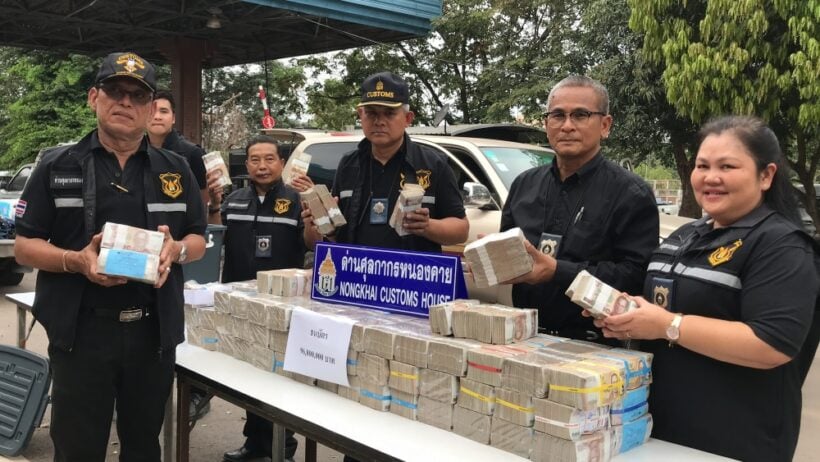 PHOTO: That’s a LOT of cash to take over the border. Mum & Dad have a currency exchange business. Really?!

Welcome to Wednesday. Here’s our daily 3 minute news read to bring you up to date with some of the major local news stories….

Taking a bit of cash over the border. 89 million baht!

Customs officials have discovered more than 98 million baht in Thai banknotes in a car that was trying to cross the border into Laos.

Two Lao nationals in the car were arrested at the Nong Khai Customs checkpoint. The 24 and 30 year olds in the car claim that their family have a currency exchange business.

Thai law prohibits the transportation of amounts exceeding 450,000 baht across borders without notifying relevant officials. The pair hid the cash in milk boxes inside the engine compartment in their Toyota Land Cruiser…. just the way we all carry cash. 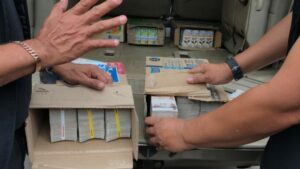 A total of 21 schools near Songkhla Lake in four districts of Songkhla province remained indefinitely closed on Tuesday as floodwaters around the lake were still high.

Officials from the Songkhla Primary School Zone 1 said that, out of 141 schools in the southern province, eight schools in Ranot district, four in Krasae Sin district, eight in Sathing Phra district and one in Singha Nakhon district remained closed. 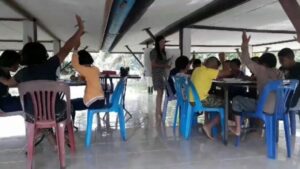 A can of worms

Phuketian, Sarantip Chaeton, who earlier found worms in a tin of canned fish, has visited the Damrongtham Centre at Provincial Hall demanding answers from the manufacturer.

She’s told staff at the Damrongtham Centre that the Office of Consumer Protection Board in Phuket informed her that there would be a staff from the manufacturing company visiting her at her house to gather more information on how this could have happened. Staff from the manufacturers went to her house but were apparently only interested in taking the worm-infested can, with no apology or taking any responsibility. So she’s refused to hand it over and intends to keep it as evidence. A can of worms indeed. 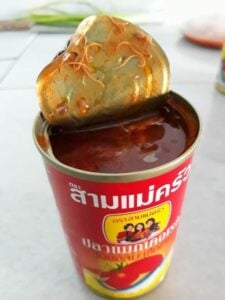 As a gift for the Thai beauty pageant winner, Prayut offered her a job with the government to promote tourism. Maria immediately accepted the offer. 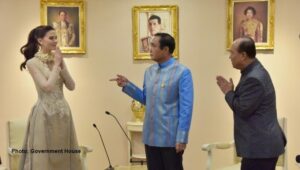 Police have arrested an Australian Hells Angels member and bar owner over an attempt to smuggle millions of dollars worth of crystal methamphetamines into Thailand.

24 year old Luke Cook was arrested at BKK airport with his Thai wife only days after a crackdown on other members of the outlawed motor cycle gang in Pattaya.

Police allege that Cook and his wife, 40 year old Kanyarat Wechapitak, bought 500 kilograms of the drug from a Chinese supplier in international waters on June 22.

They allege the couple dropped the drugs into the sea and escaped as their boat was about to be intercepted by a Thai patrol ship off the Thai coast. 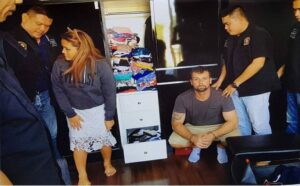 Thailand has already started work to resume negotiations with the European Union on a Thai-EU Free Trade Agreement after talks were suspended more than three years ago following the 2014 coup. Foreign Minister Don Pramudwinai says the relaxation will have a good psychological affect on investors adding that talks between the EU and Thailand on business cooperation, including a free trade agreement, will proceed soon. 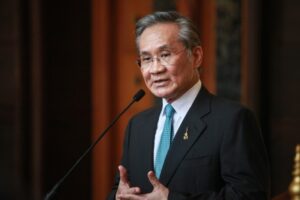 On Sunday we reported a missing Ukranian swimmer who friends said went missing whilst swimming off Ptong Beach.

Good news, 27 year old Mykhailo turned up safe and well yesterday. He went to rent a motorbike and the receptionist recognised his name in his passport and the two went to tell the Lifeguards who had been searching for him.

Mykhailo had been swimming and simply came out of the water and returned to his accommodation without informing his friends. Happy ending for everyone. 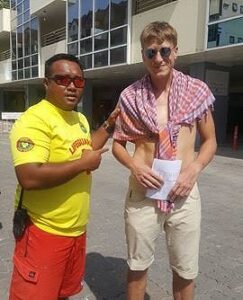 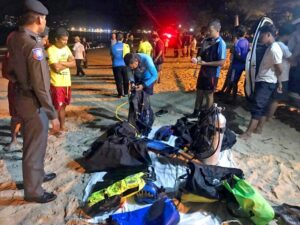 Daily briefings sourced from The Nation, Phuket Gazette and VOA. Brought to you by Phuket’s The Thaiger 102.75 FM with news, traffic & weather every 30 minutes.