By Wichit Chaitrong, The Nation

The Government has been urged to brace for the impact from a possible trade war between the United States and China with US President Donald Trump planning to impose tariffs on many Chinese goods and China vowing to retaliate.

Sompop Manarungsan, veteran economist and president of the Panyapiwat Institute of Management, yesterday said he was concerned about the risk of a full-blown trade war between the world’s two largest economies.

Trump announced on Thursday a plan to impose tariffs on Chinese goods, accusing it of intellectual property infringement. Reports suggest that more than 1,000 Chinese export items are on the list targeted by Trump with a tariff cost of US$60 billion (Bt1.8 trillion). Trump will consult with his party and businesses before making a decisive move.

Sompop said that Trump had issued the new threat, partly to win local support as the US will be having midterm elections in November. Trump also would like to show voters that he was committed to his election pledges. Should China bow to US pressure, it would boost Trump’s popularity in his country.

“However, China is unlikely to cave in to US pressure. China has vowed to protect global free trade while the US has chosen unilateral measures, which will put the two at odds against each other,” said Sompop.

“Thailand’s exports would also be adversely impacted and our export target of 8 per cent growth this year may not be met,” warned Sompop.

Sompop was worried that international trade would be disrupted by the Trump administration’s policies. People around Trump are right wing, who are focused on nationalism and trade protectionism. These include US Secretary of Commerce Wilbur Ross and US Trade Representative Robert Lighthizer, he pointed out.

Pipat Luengnaruemitchai, assistant managing director at Phatra Securities, said the danger of a trade war would become a reality if the leaders of these two giant economies could not settle the conflict through negotiations. And this could mean losses for both sides. Thailand would be indirectly impacted, as Thailand is a part of China’s production chain. Thailand exports electronic parts, electrical parts and raw materials such as rubber sheets to China.

The US wants to solve the problem of its huge trade deficit with China after the deficit last year rose to US$375 billion. Investors were worried about a possible trade war, leading to a sharp fall in stock markets around the world. 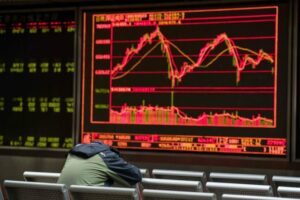 The direction of the market would depend on the outcome of negotiations between the two sides, said Pipat.

Soraphol Tulayasathien, director of economic stability analysis division at the Fiscal Policy Office, said there would only be a minimal impact on Thailand. For example, the latest US tariff on steel imports have only a small impact on Thailand’s exports. Steel exports represent only three per cent of total exports and out of that 14 per cent goes to the US.
Teerana Bhongmakapat, former dean at Chulalongkorn University’s Economics Faculty, shared a similar view saying the impact would be limited if a trade war does not escalate.

Teerana believed that the US and China would not want the trade war to escalate.
Meanwhile, Somchai Pakapasvivat, an independent political analyst, said the trade dispute may lead to slower growth of the global economy and it would impact Thailand’s exports. He said exports may grow only 5-6 per cent instead of the targeted eight per cent set by the Commerce Ministry.

Kasikorn Research Centre said that some Thai items might be adversely affected as they are involved in China’s production. They include phone parts, computer parts, integrated circuits and hard-disk drives.