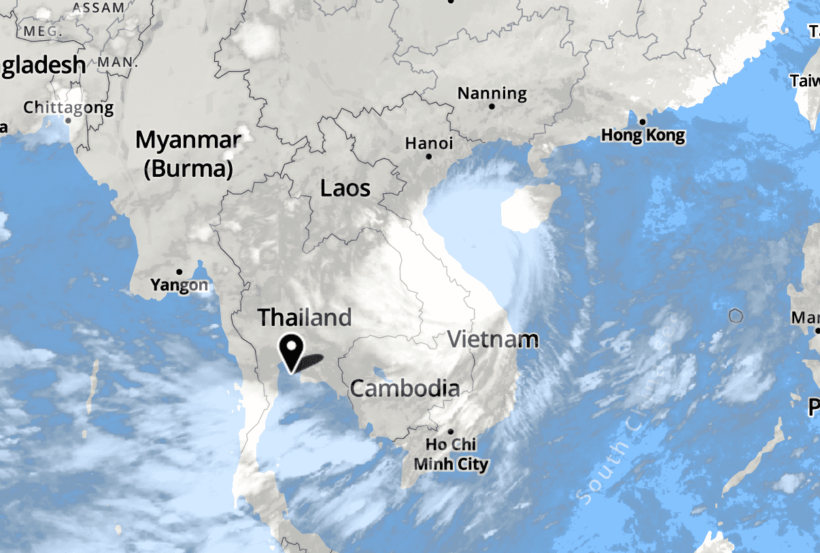 • Typhoon Doksuri reaching the coast of Vietnam around midday today. Gusts up to 125 kph.

• At least 100,000 residents have been ordered to evacuate in Vietnam as Typhoon Doksuri approaches.

• A quarter-million soldiers are on standby for what may be Vietnam’s worst storm in a decade.

Certainly been a lot of rain around Phuket this morning. But Vietnam is poised to hit the east coast of Vietnam after tens of thousands of people were told to evacuate central coastal areas with Typhoon Doksuri now moving inland. Officials say the storm could be the most powerful in a decade.

The storm is lashing four central provinces with heavy rain and winds up to 155 kilometres per hour. Disaster management officials say it will be the worst storm to hit Vietnam in 10 years.