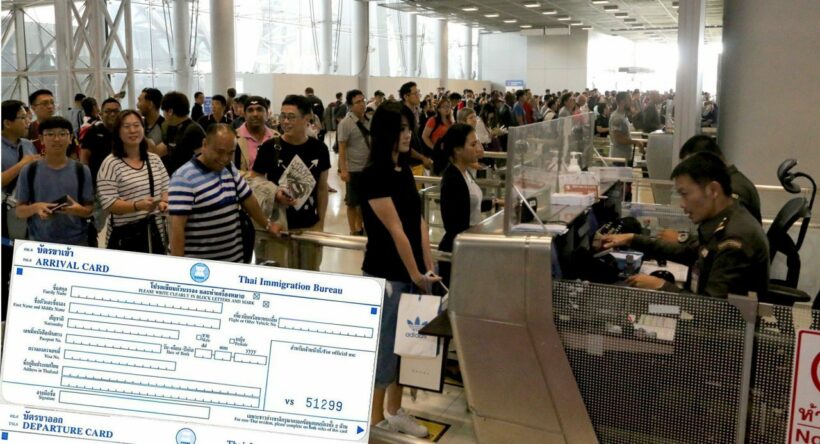 Good news for travellers: starting Saturday, September 16 Thai nationals do not need to fill out the TM6 immigration form when leaving or returning to Thailand, said Government Spokesman Lt-General Sansern Kaewkamnerd on Thursday.

Prime Minister General Prayut Chan-o-cha, as head of the National Council for Peace and Order (NCPO) used Article 44 to order the policy change. TM6 arrival and departure cards will no longer be required for Thai nationals, Sansern said.

The order will be published in the Royal Gazette and come into effect this Saturday. The revocation was scheduled for October 1 but all concerned agencies were ready to implement it earlier, he said.

Foreign travellers will still have to fill out the form but it will be modified to ask fewer questions. A series of multi-hour delays for tourists at Thailand’s airports made headlines around the world and was heavily discussed on social media over the summer, causing PM Prayut to ask for a solution.

The present TM6 forms will be used for foreigners until they run out of stock, Sansern said, before the new style is introduced.

‘Boonrod’ – the only survivor of the Racha Island turtle hatching