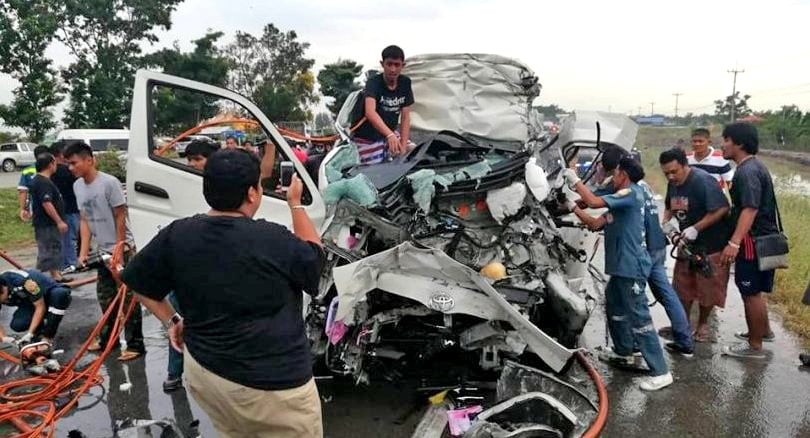 Five people were killed and one injured when a minivan rammed into the rear of a running truck in Ayutthaya’s Bang Pa-in district on Wednesday.

Earlier we reported on The Thaiger and Phuket Gazette that six had been killed.

The van was reportedly carrying four Japanese and a Thai guide in addition to the driver. The van caught fire soon after it crashed into the rear of the truck. Rescue workers who rushed to the scene put out the fire and helped out the injured driver. 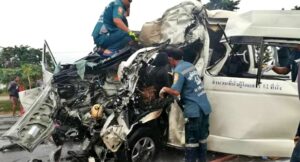