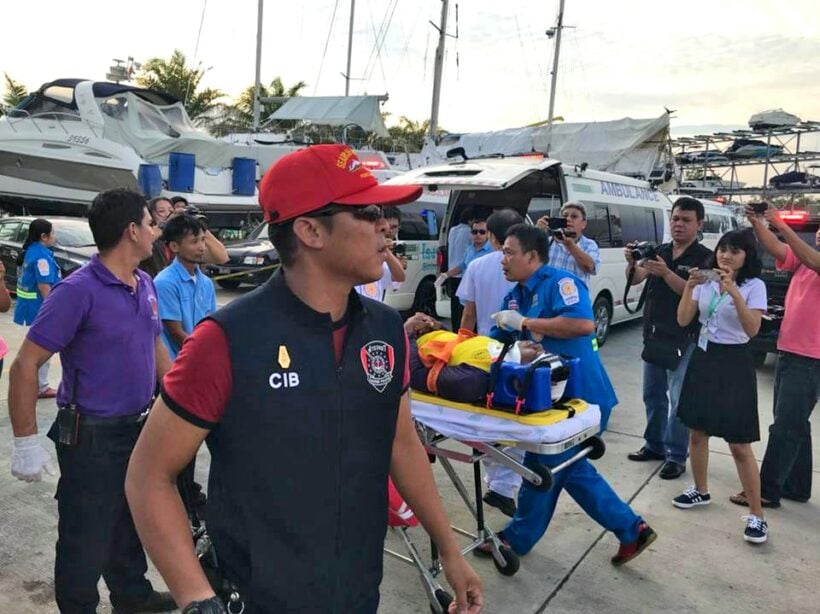 Two boats have crashed at the entrance to the Royal Phuket Marina in the channel.

Boats named ‘Pimracha’ and ‘Sattakamol’ collided just off the coast resulting in six injuries including one Thai man and 5 Italian tourists. The accident happened at the entrance to the channel leading to the Royal Phuket Marina at 4:30pm.

Two of the tourists have been sent to Vachira and Phuket International (Siriroj) Hospitals with serious injuries. 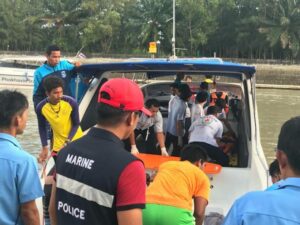 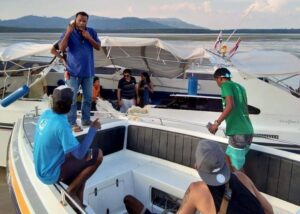 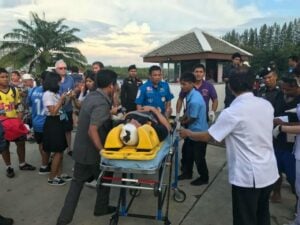 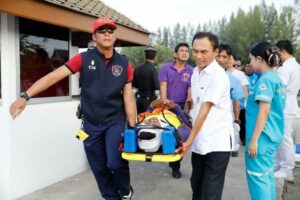 The two boats crashed at Ao Sapam Channel, the entrance way to Royal Phuket Marina and Boat Lagoon at 4.30pm yesterday. There were eight injuries – six men and 2 women.

The group of eight tourist travelled to Phuket with the Costa Cruise Victoria and anchored in front of Patong Beach during the day and were in a speedboat named ‘Satakamol’ with other passengers. The boat was driven by 49 year old Anucha Ngankaeng.

Heading towards the RPM pier, another boat named Pimracha 5 driven by 22 year old Aran Chouykankla with 2 other staff, hit the boat resulting in many people being injured.

The 2 boat drivers have been arrested for further investigation. 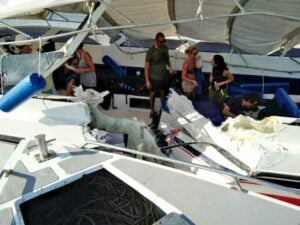 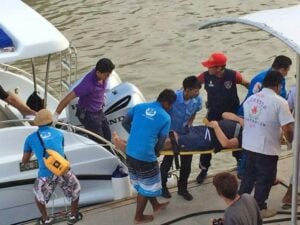 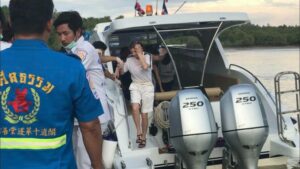 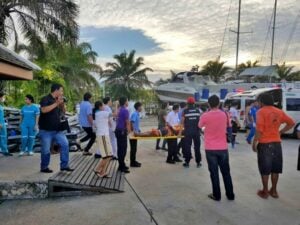 Future of money or a fraud? Deconstructing Bitcoin in the region.