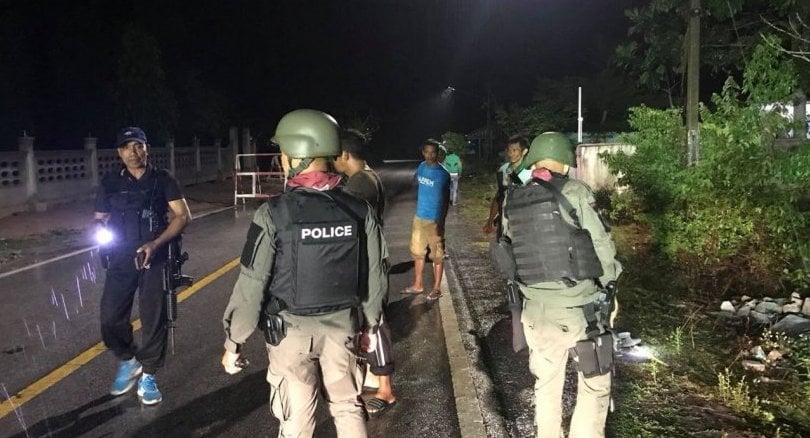 In the most recent violence in Thailand’s deep south, a former village head and his friend have been gunned down in Yala province last evening (Wednesday), according to Police.
The two were shot by an unknown number of suspected insurgents using M16 rifles on the main road in Ban Kuber Kuaroh village, Tambon Jakwa, in Raman district at around 6.30pm last night.
The victims have been identified as 44 year old Abdulroning Rokeh, a former village head, and 20 year old Ibrahim Sadahong.
The two were rushed to the Raman hospital by village defence volunteers after they heard gunfire and headed to the crime scene. The two died on the way to the hospital.
Police say they were riding a motorcycle home after playing football.
SOURCE: The Nation