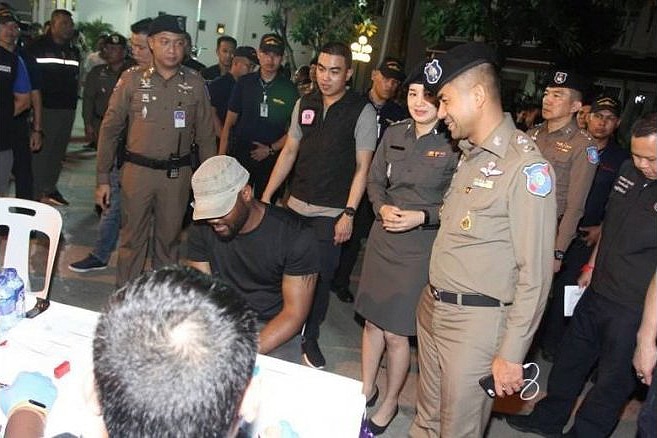 PHOTO: All smiles as Pol Maj-General Surachet Hakpal poses with some of the foreigners rounded up in the latest sting.

Tourist police searched 118 locations around the country yesterday (Wednesday) and arrested another 93 foreigners for entering and living in Thailand illegally.

He says 62 of the suspects were arrested for having entered the Kingdom illegally and 18 for overstaying their visas. He added that 13 others suspects were arrested on other charges. Surachet said the tourist police worked together with other police agencies to search three international schools, nine language schools, 60 normal schools and 46 other areas.

The deputy tourist police chief said the operation was aimed at weeding out criminals who disguised themselves as tourists to carry out call-centre and romance scams, credit card and ATM identity thefts and other crimes that could affect Thailnd’s reputation.