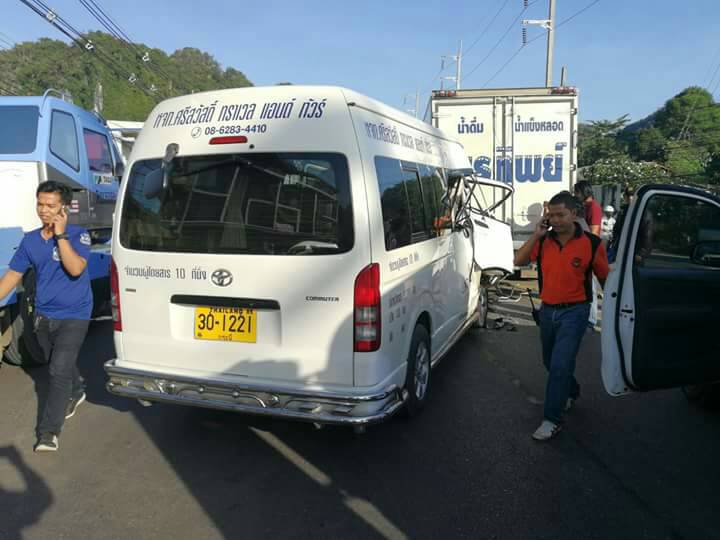 A van has crashed into the back of a 6 wheel ice truck in Krabi critically injuring the van driver yesterday (April 10).

The van driver, Nattapong Ketmuang, was stuck in the damaged vehicle after the crash on Krabi-Khaothong route before the rescue team rescued him out by using the ‘jaws of life’. He had a broken right leg and was sent to Krabi Hospital.

Nattapong says he was driving alone towards Ao Nang to pick up passengers. At the scene, there was a curve and he tried to swerve into the right lane when a truck in front was turning into an alley which resulted in the crash. 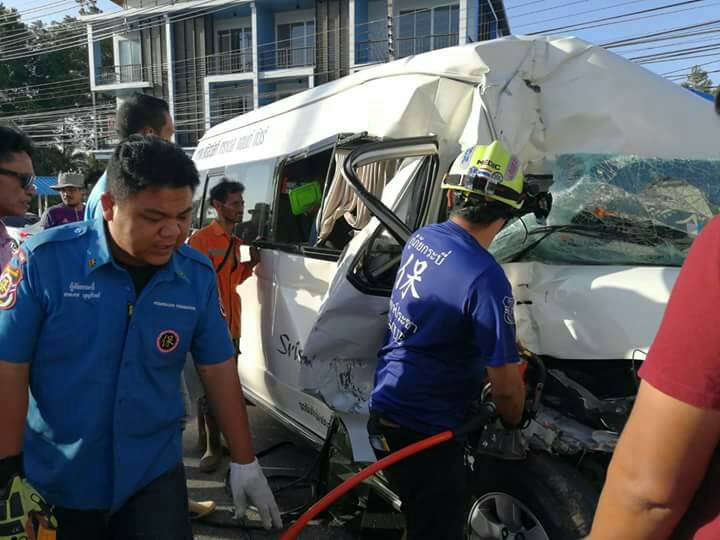 Two fatal accidents in the same spot within 12 hours – Tak