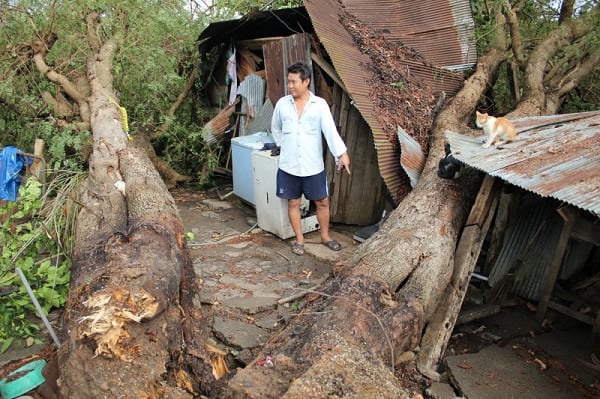 Two people have died and 892 homes damaged by high winds and storm cells that hit 19 provinces, mostly in Thailand’s Northeast, between April 13-16. The report from the Department of Public Disaster Prevention and Mitigation.

The department says that officials of the department, military personnel and local officials have been working together to survey the damage and to carry out house repairs from the storms.

The department also warning people in the northern, northeastern and central provinces to brace for more summer storms until Thursday and to keep up to date with their local weather services.

The emergency number for any problems is 1784.

Briton admits to beating wife to death in Ubon Ratchathani