Hang on.. “100% rain predicted Wednesday and Thursday”. Isn’t this meant to be the dry-season, the high-season, the blue-sky season? Despite the dramatic forecasts we still seem to be getting plenty of sunshine. Here’s today’s main new stories…

More arrests are anticipated over the torching of a Bangkok-bound bus in southern Yala province last month thanks to confessions by suspects already in custody.

Armed militants commandeered the bus, ordered all 16 passengers and the driver off, and set the bus on fire. No one was harmed.

A source at a national security agency said five suspects were detained within days of the attack and interrogated. Their information led to 20 more suspects being rounded up on January 4 under the Emergency Decree, which allows for the detention without charge of citizens in the southern border provinces for up to 37 days. 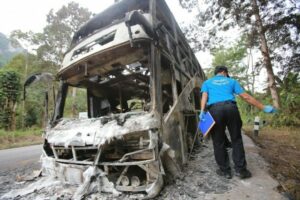 No date for Royal Coronation yet

The Government has not yet been told to prepare for the coronation ceremony of HM King Maha Vajiralongkorn. This came from the Deputy Prime Minister yesterday.

The formal coronation ceremony to mark the monarch’s ascension to the throne is due to be performed after he was crowned King back in December 2016 but the palace has yet to inform the government to prepare for the royal ceremony. 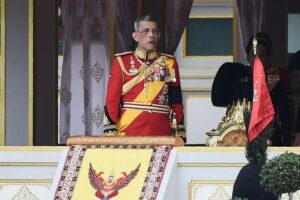 Police in Pattaya have charged a Briton after he allegedly caused a woman to fall to her death from the fifth floor of a condominium.

Reece Vella was arrested after the naked body of a 26 year old Thai woman from Sakhon Nakhon was found at the Cozy Beach Condominium in Pattaya.

Investigations showed that she fell from a room on the fifth floor of the building. Police then began a search for a foreign man last seen with her.

Vella was arrested at a beer bar in the same district under a court arrest warrant for allegedly being reckless and causing another person’s death, overstaying his visa and theft. 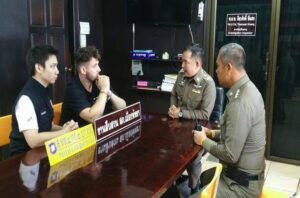 Phuket Land Office revealed yesterday that the land between the sea and Dusit Thani Laguna is Crown Land but the area where the tourist was asked to move away on Sunday is still covered in the resort’s private property, according to the title. The hotel has also released a media statement over the issue. 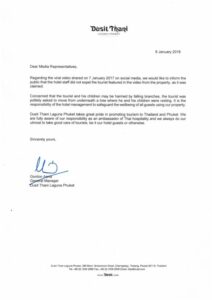 Over 7,000 drones registered so far

The National Broadcasting and Telecommunications Commission says more than 7,000 drones were registered after owners were told to register by Jan 3.

After the NBTC ordered owners of all unmanned aerial vehicle to register since Oct 12 last year to Jan 3 this year, a total of 7,064 drones have been registered.

What isn’t included in the total are drones registered by their owners at police stations across the country, instead of at local NBTC offices.

Drone owners who failed to register their devices with the authorities could face 1-5 years in jail and/or a fine of 200,000 baht.

The “Taxi OK”  service,  a scheme of the department to drag Thai taxi services kicking and screaming up to international standards, both in driver qualification and greater safety, is hoping to resolve problems related to impolite drivers and the refusing of passengers.

Under the registration scheme, taxis must be equipped with a GPS device that will keep track of the vehicle. All new taxis registered after Nov 9, 2017 are required to take part in the scheme and have all the new equipment installed.

The system identifies the taxi driver, the route the vehicle travels and the speed it is going. The system is also being rolled out to the provinces including Phuket. 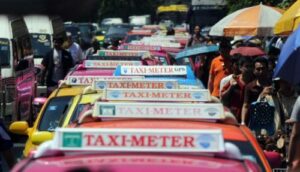