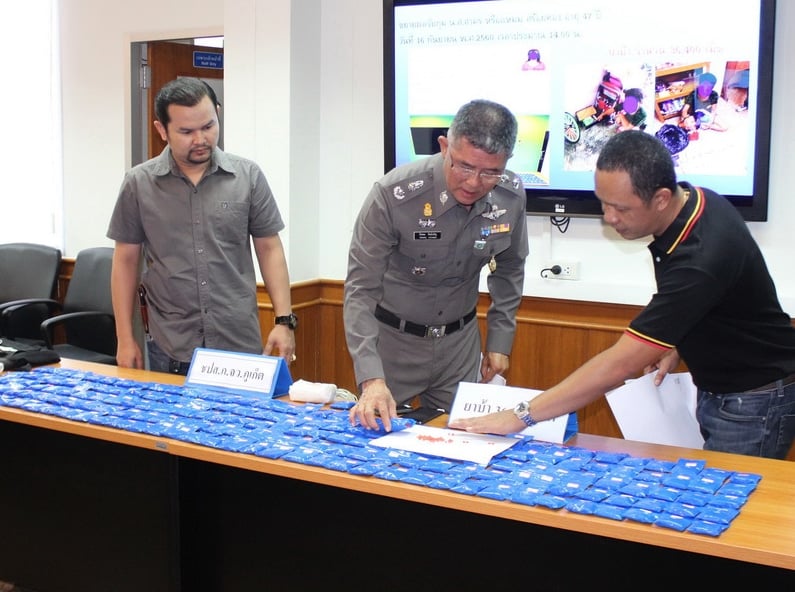 Undercover officers contacted Somying to buy 400 amphetamine pills and on September 15 she contacted back saying Sakorn would deliver the drugs to a Government Housing Project in Rassada on September 16.

Sakorn confessed that Somying contacted her to bring drugs from Somying’s drug network in Trang province on September 14 for 5,000 Baht. She stored all the drugs in the flat at the Government Housing Project before getting arrested while Somying had already fled. Police have set to issue an arrest warrant.

“After Korlet was arrested, he asked his wife to continue the drug business by contacting the larger network in Trang province to sell in Phuket. This drug network told all other networks in the 14 southern provinces that whoever is working with them will never be arrested because of their good backups from police and military,” said Pol Lt Col Suthichai Tianpoh, chief of Phuket narcotics suppression force.

Meanwhile, Phuket Police Commander, Pol Maj Gen Teerapol Thipjaroen, said that the drug dealers arrested, as well as those who will be arrested in this case, are part of a drug network in Trang province and denied the accusations that police and military are helping the network in any way.

“Police are gathering evidence to arrest Somying. Since we started the drug clean up from September 1-15, we have already arrested 170 people involved in drugs including 13 people possessing Illegal guns. Most of the drugs confiscated are amphetamines, Kratom and Kratom water. The guns mainly are both from drug networks as well as handmade ones.” 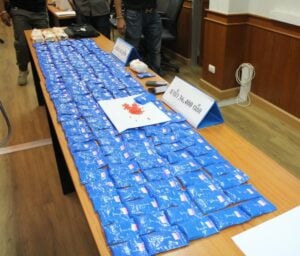 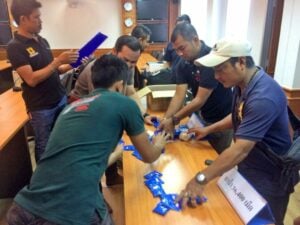 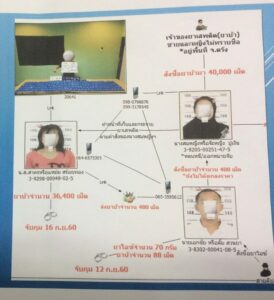