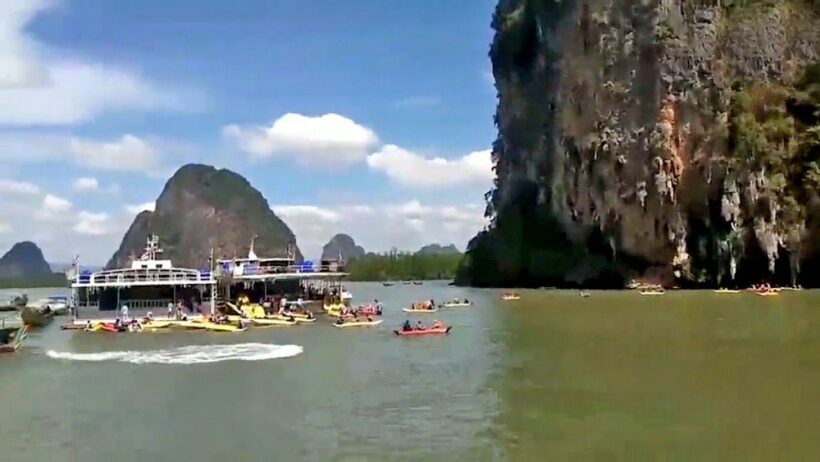 Popular seaside retreats at Hua Hin in Prachuap Khiri Khan and Khao Lak in Phang Nga have reported that the amount of garbage left behind by visitors has increased sharply during this year’s festive holidays, causing environmental problems.

Hua Hin Municipality reported a 40 tonnes per day increase in the volume of garbage during the holiday period compared to the normal collection. Garbage reached a whopping 200 tonnes per day, up from the average 160 tonnes.

The permanent secretary of Hua Hin Municipality, Jirawat Phrammanee, said the local authorities were trying hard to keep the resort town clean, as Hua Hin is a main attraction for both domestic and international tourists.

Jirawat said the local authorities hired a private company to collect the garbage around the city three times per day, every day, to keep the city clean. Collected waste was buried at the landfill in nearby Pranburi District. 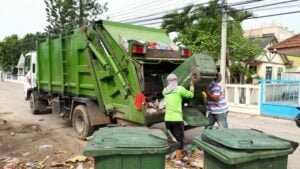 He said that the amount of garbage in Hua Hin was increasing every year, reflecting the increasing municipal population and the growth of tourism and business.

Visitors left a mess behind at another famous resort town, Khao Lak, the seaside resort town in Phang Nga an hour north of Phuket, was reportedly left with rubbish strewn over the beach after tourists returned home from their New Year holidays.

At Bang Sak Beach, the normally beautiful white clean sands were debased by a mass of discarded empty bottles and plastic cutlery.
There was no report from Phang Nga on how the local authorities dealt with the problem. 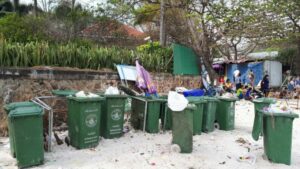