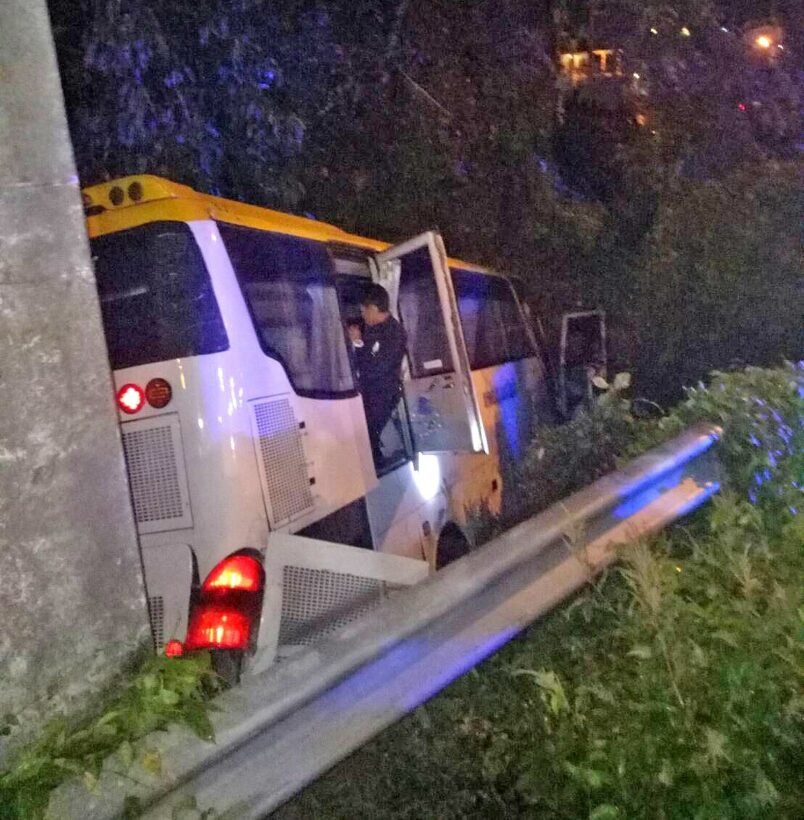 A Chinese tour bus careered over the side of a 10 metre deep last night. The driver has blamed the slippery road conditions last night. 15 Chinese tourists were injured.

The accident occurred on the curve heading down Kata hill heading westward, just after the Karon PEA Office.

Police found the 52 year old driver, Wisut Krasaeporn, and tourists climbing out of the emergency door of the bus. Four people had broken legs and were bleeding from the head. Another 11 people got minor scratches. All were all sent to Vachira Hospital in Samkong, including 2 motorcyclists who were injured in the crash.

There were 18 passengers and the driver onboard traveling from the airport to a hotel in Karon. The driver said that when he arrived at the curve, the road surface was wet and slippery. He claims he lost control of the bus and crashed over roadside verge and down the cliff.

A water truck failed in climbing Patong Hill this week, falling backwards whilst the driver tried to change gears, crashing through the roadside barriers and tumbling down the cliffside, killing the driver. Sorry HERE. 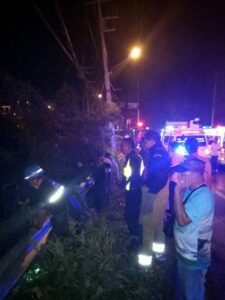 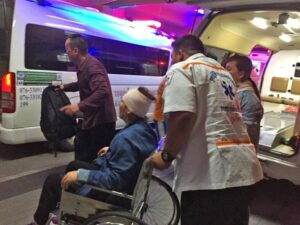 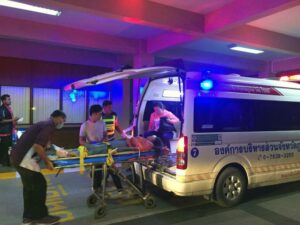