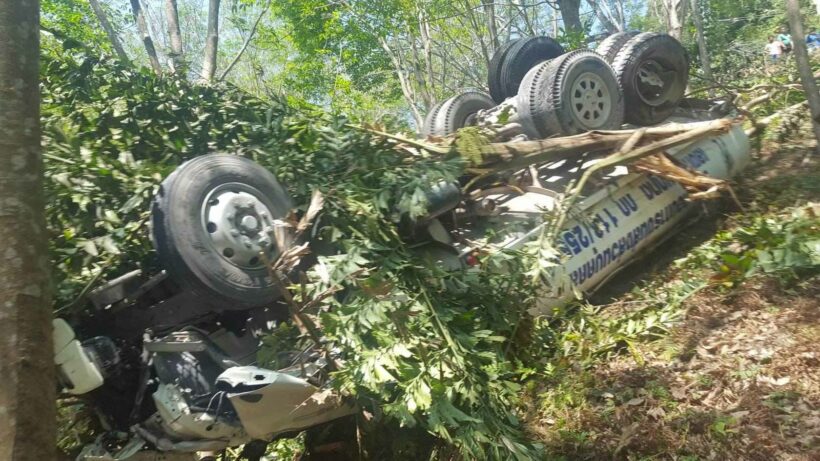 There’s been another fatal accident on Patong Hill this morning (March 22). So far there’s been one fatality reported with another critically injured.

A fully-loaded water truck has slipped over the side after crashing through the roadside barriers and fallen down the roadside cliff on the Kathu side.

Long traffic delays in and out of Patong as a result, particularly on the Kathu side.

Truck was descending the hill, on the Kathu side when, witnesses say, it lost control.

Emergency responders were on location and took an hour to remove the driver from the truck wreckage. 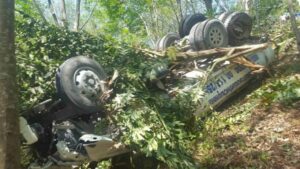 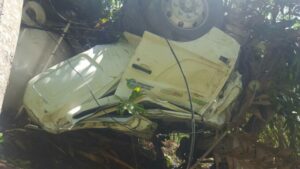 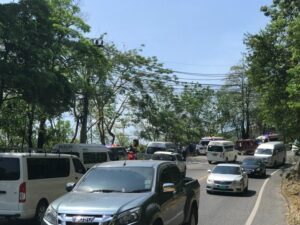 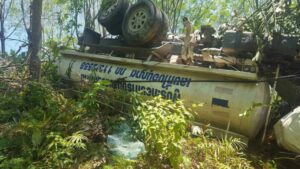 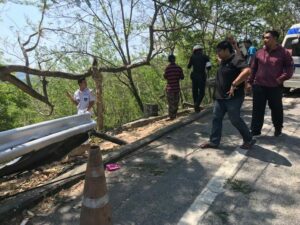