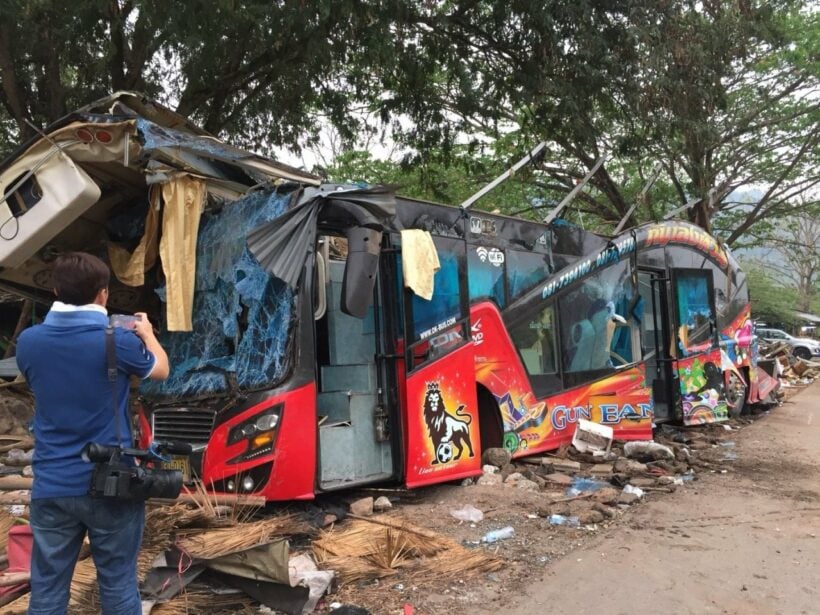 The 44 year old driver (reported to be 45 in other media) of the bus which crashed in Nakhon Rachasim on Wednesday night, killing 18, was arrested  in roadside buses where police found him hiding after he fled the crash-scene as emergency responders dragged the dead bodies from the wreckage.

Krissana Juthachuen has admitted that he used methamphetamine to keep him alert whilst driving. Specifically he’s admitted to taking methamphetamine before the return trip from Chantaburi to Kalasin on Wednesday evening that resulted in the fatal crash. The driver suffered only slight bruising on his face and body. He claims that he was in shock from the accident and now regrets fleeing the accident scene.

Initial speculation from police blamed brake failure as a probable cause of the accident as the bus headed down a steep slope section of the highway. The driver has already told police that the bus was uncontrollable  because of brake failure – a cause often cited for bus accidents in Thailand.

Police are considering charges of drug abuse, driving under the influence of drugs, and reckless driving resulting in death and injury.

Meanwhile Kalasin’s Governor says all the bodies of the 18 victims have been returned to their home towns for funeral arrangements.

Of the crash victims that were taken to hospital, 13 had already been discharged while 19 others are getting more treatment and two remain in critical condition.

Thai PBS is reporting that “The bus that crashed in Nakhon Ratchasima’s Wang Nam Khiao district on Wednesday night (March 21) was old and not in good condition, according to experts from the Asian Institute of Technology (AIT) and the Department of Land Transport.” 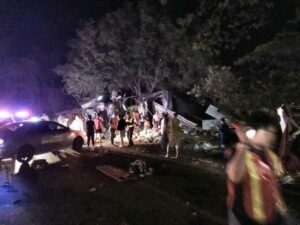